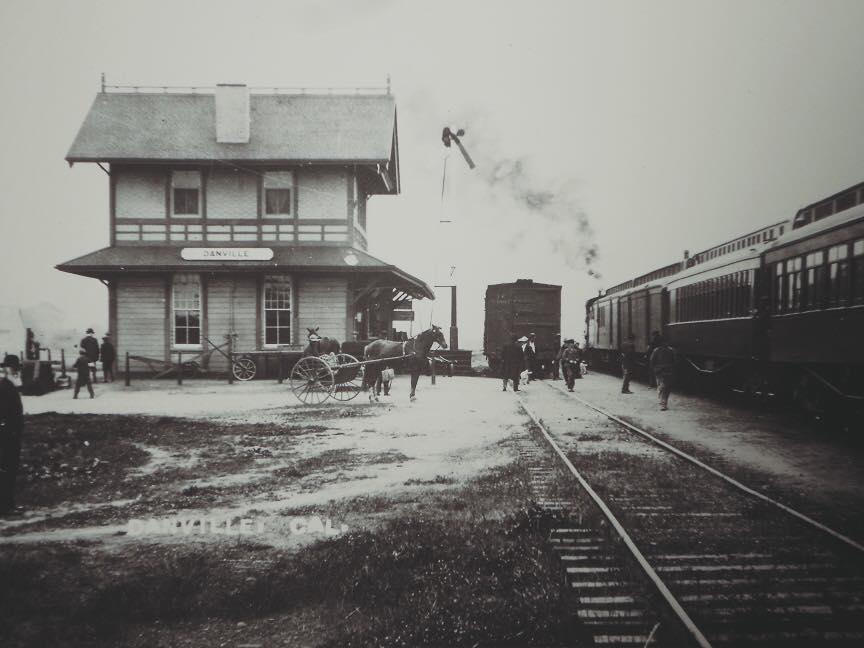 The Story Behind the 1891 Society

1891 was a propitious year for the San Ramon Valley. That was the year the railroad came to town. Valley farmers & ranchers welcomed the railroad. It meant the cattle, grain, hay, and fruit that they previously hauled over often-impassable dirt roads could now be transported with ease. Others rejoiced, too. The coming of the railroad meant increased prosperity and enhanced quality of life. Passengers were beginning to be more easily linked to other areas. Mail began to be brought in by train. Town lots were in demand and buyers & renters looked for vacant properties. The year 1891 changed the Valley forever.

The 1891 Society was formed because we believe that the Museum of the San Ramon Valley augers as well for the Valley's cultural, educational, and historical quality of life as the railroad did for its sphere of influence. This core group of major donors is dedicated to ensuring the existence, stability, and continuation of the Museum by becoming members at the annual level of $1,891.

We invite you to consider joining us.