1890
What Was Life Like?
A plaque just east of Woodranch Road on Camino Tassajara marks the location of Sycamore School, one the valley’s six early grammar schools. Built in 1866, the school served students for more than 60 years. 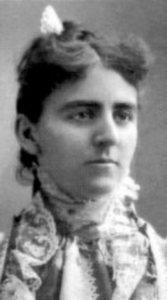 Several teachers taught there, but the school is especially remembered for its pioneer teacher, Charlotte E. Wood. She was a Sycamore School student from 1869 to 1877 and then taught at the school for 31 years, from 1890-1921. Miss Wood wrote several accounts of Sycamore.

Her history of school life appeared in the Valley Pioneer Centennial Edition on Sept. 4, 1958: “In its early days the Sycamore School was a public center for important events—social activities, picnics, parties, school ‘exhibitions,’ etc. A literary society, Sunday school and church services conducted at various times and occasionally a Christmas tree celebration were held in this pleasant gathering place” 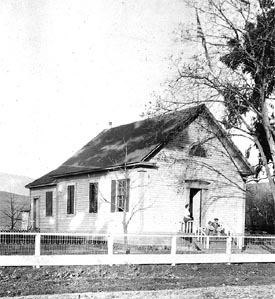 Source: Valley Pioneer, 1958; Contra Costa Gazette, 1867.
This article first appeared as a column called Presenting the Past in the Danville Weekly.