Won Success in the West

This year is the centennial celebration for the Susan B. Anthony (nineteenth) Amendment, one of the most significant amendments to the U.S. Constitution.  When this amendment was ratified by 36 states in August of 1920, the number of eligible American voters doubled in size. It states: “The right of citizens of the United States to vote shall not be denied or abridged by the United States or by any State on account of sex.”

By 1920, women and enlightened men had worked to win civil rights for women for nearly 75 years, beginning with the first Woman’s Rights Convention in 1848 at Seneca New York.  At that point in mid-nineteenth century, all of the country’s institutions (religious, legal, educational, economic, social) promoted the same vision for women:  no higher education, no professional aspirations, no speaking in public, unequal pay as school teachers.  As one judge stated, when women married, legally they became one person and that person was the husband. Married women could not own or inherit property nor could they keep their own wages – all went to the husband.  In the rare divorce, custody of children always went to the father.  And of course only men had the franchise.

The Seneca Falls convention was organized by two extraordinary and visionary women, Quaker minister Lucretia Mott and young mother Elizabeth Cady Stanton.  Both were active in the abolitionist movement which opposed slavery. Mott (born in 1793) was the acknowledged mentor for the women’s movement; beginning in the 1830s she fought barriers to women’s civil rights and articulated the inequities women experienced at every level. 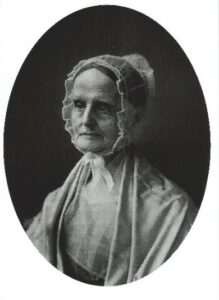 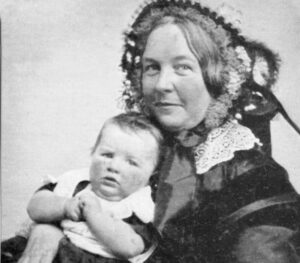 The brilliant Cady Stanton became the voice for women’s rights, beginning with the document she wrote for that convention, The Declaration of Sentiments.  In it she revised sections of the Declaration of Independence to include women and listed 12 grievances on behalf of women which the convention discussed and approved. More conventions followed which advocated for women’s civil rights.

In 1851 Cady Stanton met the abolitionist reformer Quaker Susan B. Anthony.  Their partnership led the women’s rights and suffrage movements for 50 years. Seldom do American histories feature the significance of this movement which was ultimately the largest reform movement in United States history.

After the Civil War in 1866, with the expectation that universal suffrage would be reflected in a new constitutional amendment, Susan B. Anthony and others organized the American Equal Rights Association. But this expanded franchise did not happen.  Instead, only black men were awarded the vote and women suffrage advocates were told to wait, since “it is the Negro’s hour.”  Suffragists differed on acceptance of this snub to women, resulting in two parallel organizations, the American Woman Suffrage Association and the National Woman Suffrage Association.

Susan B. Anthony became the face of the movement, traveling the country, supporting woman suffrage state by state and surviving ridicule, assaults and criticism for many decades. Always positive in speeches, she often proclaimed that nothing was impossible.  Cady Stanton had seven children, yet managed to write speeches for Anthony and do some lecturing and politicking herself.  Stanton said  “I wrote the thunderbolts and she delivered them!” 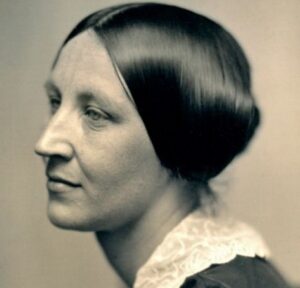 In the western territories (and later states), women won the vote beginning with Wyoming Territory in 1869. The history of this progress is incredibly rich and different from state to state. Utah Territory gave women the vote in 1870, Washington Territory in 1883, and Montana Territory in 1887.  Each Territory included women voters when it achieved statehood, though Utah had some unique bumps along the way.  The states of Colorado in 1896 and California in 1911 supported full woman suffrage.

These efforts were not for the faint-hearted as indomitable women in every state worked to support women’s rights and suffrage.  Many belonged to temperance movements as well.  According to the Library of Congress in its current exhibit Shall Not Be Denied,  “The movement questioned the country’s commitment to democracy, exposed the nation’s longstanding class, regional and racial divides, and challenged existing gender stereotypes.”

Next time the story of woman suffrage in California and the women who led the effort.