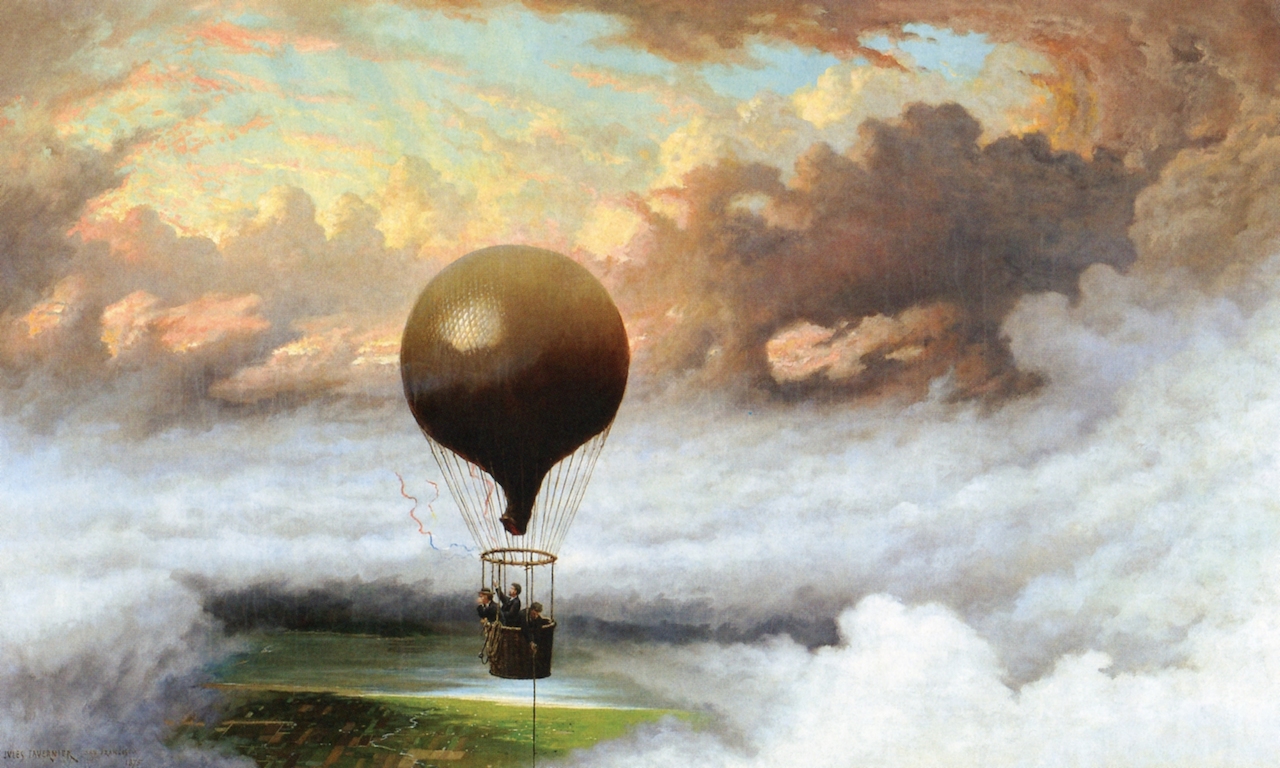 A Balloon in Mid-Air by Tavernier

After the opening of the Transcontinental Railroad in 1869, the public clamored for images of the newly accessible American West. The Harper Brother’s publishing firm in New York sought to capitalize on this, and chose Jules Tavernier and Paul Frenzeny to provide images of the frontier. The intrepid men were skilled at depicting newsworthy places or events that favored the plight of the common man. Coupled with their artistic and journalistic talent and keen powers of observation, they were a powerful team; Tavernier created each engraving’s watercolor painting before handing it off to Frenzeny, who added newsworthy details and drew the scene in pencil on wood blocks.

The prints in this exhibit trace the artists’ journey to San Francisco, where both men initially settled in 1874 and became an important part of the city’s art life. From there, Tavernier traveled down the coast to visit the Monterey Peninsula and before long opened the town’s first professional art studio. He returned to San Francisco four years later, but his insatiable appetite for adventure eventually led him to Hawaii. After spending time in Monterey to refine his skills as a watercolorist, Paul Frenzeny resumed his career as a special correspondent in New York, and became an illustrator of choice for Western Adventure stories and for such famous novels as Anna Karenina and the Jungle Book. He also worked as a rider in Buffalo Bill’s Wild West show in London, where he spent the rest of his life.

“The American West Following the Civil War: Myth and Reality”.  Professor Marcelle Levine will discuss the reality of the west versus our modern view. 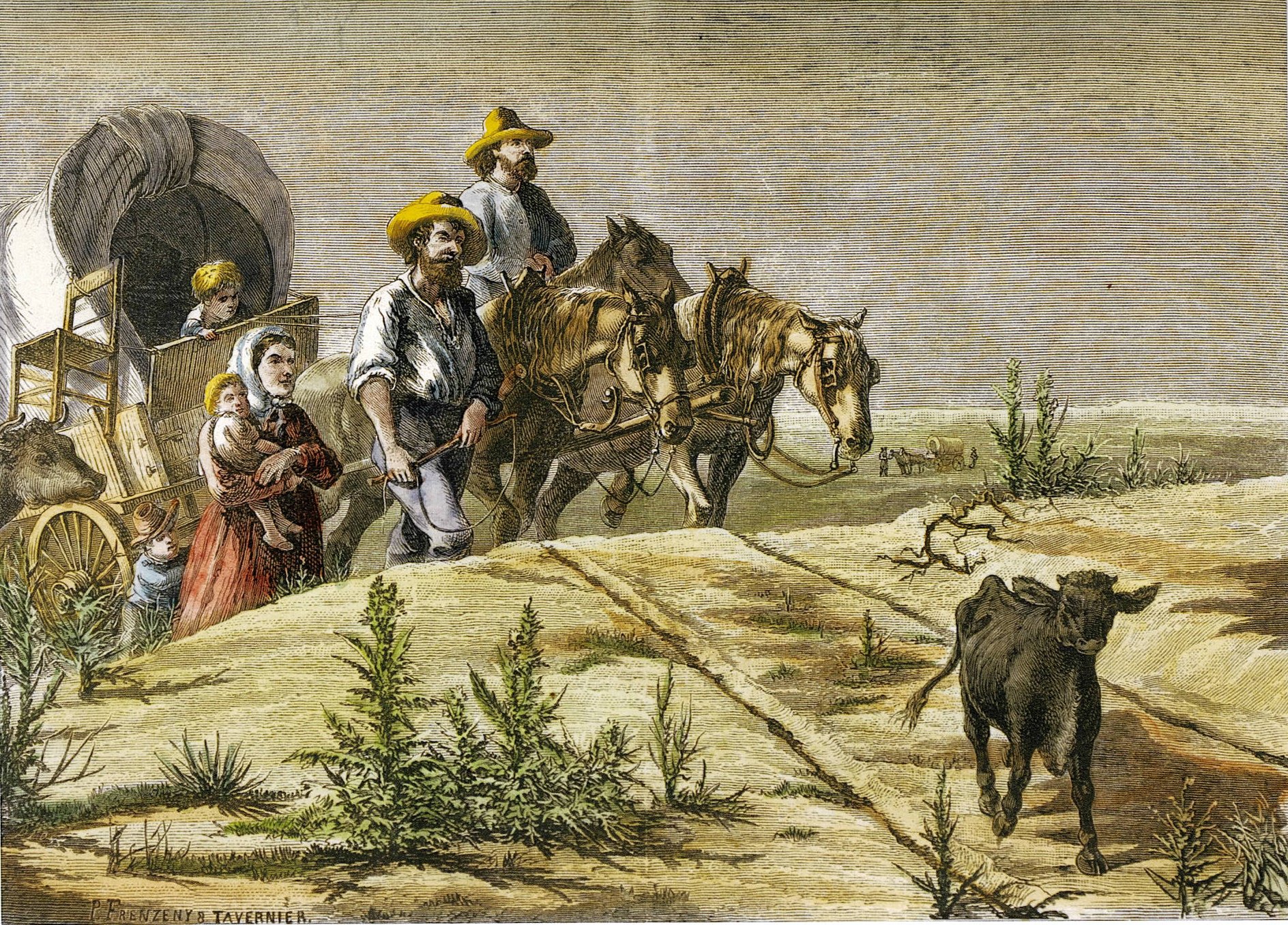 Sketches from the Far West‒Arkansas Pilgrims by Frenzeny and Tavernier 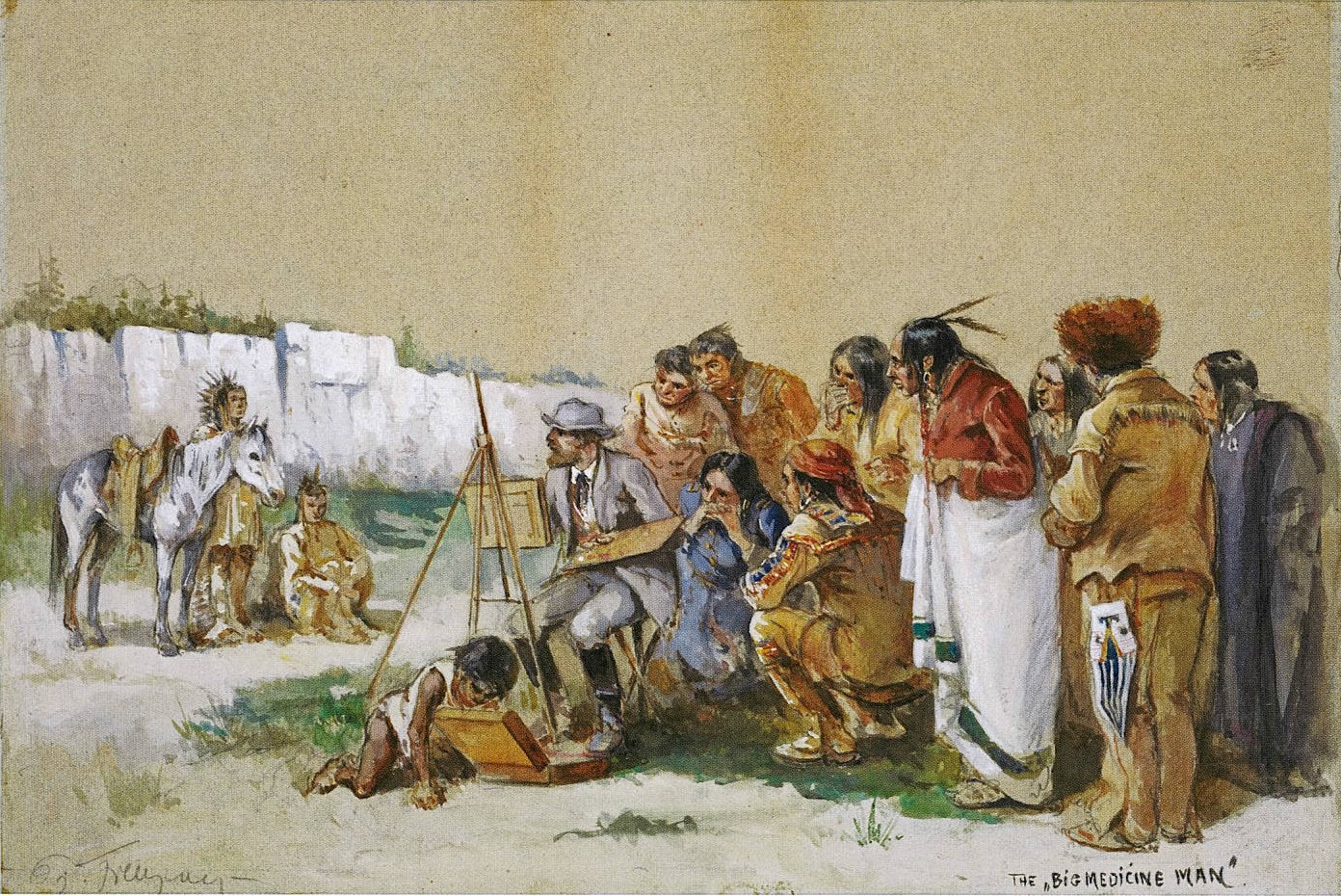