Southern Pacific Come to the San Ramon Valley Part I 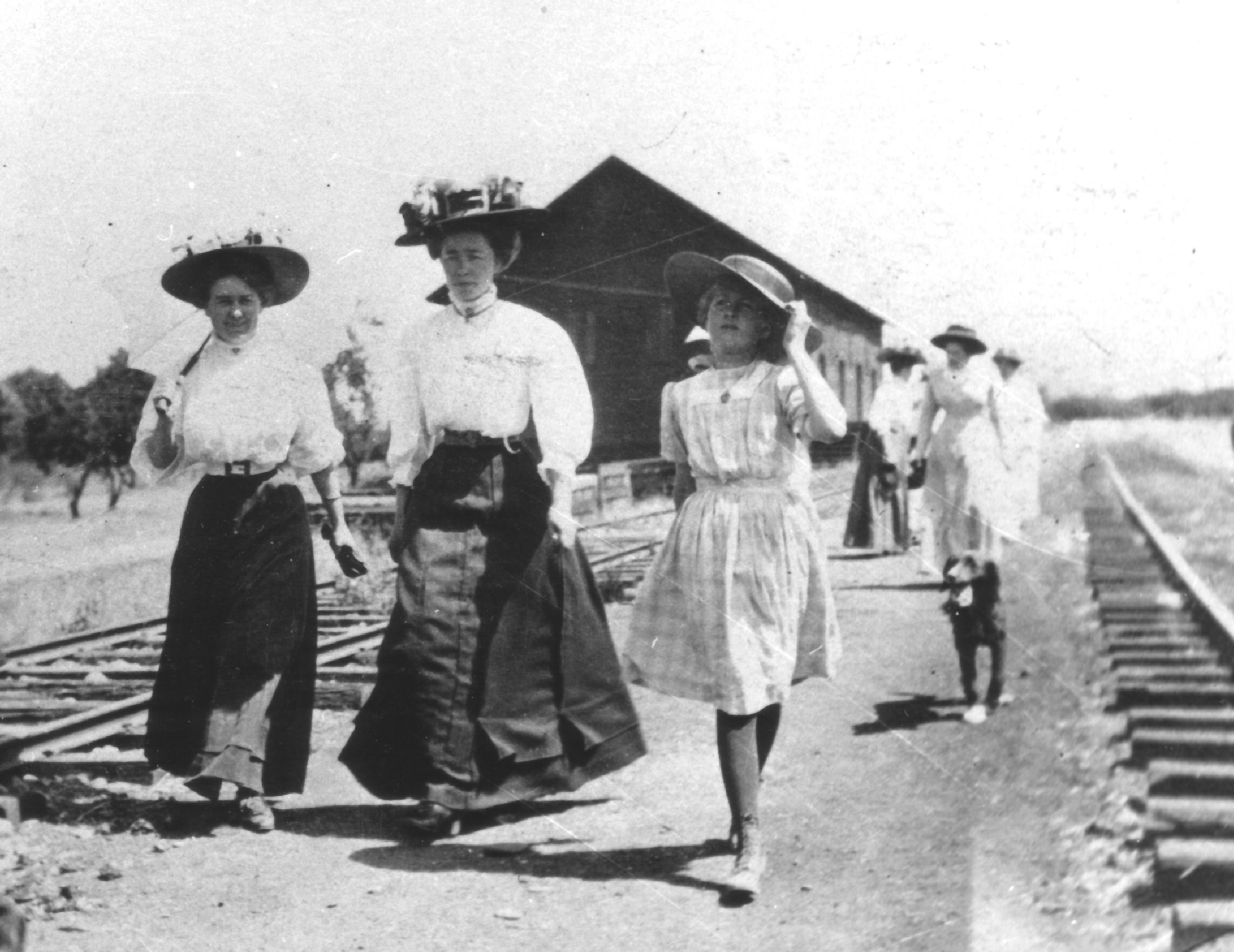 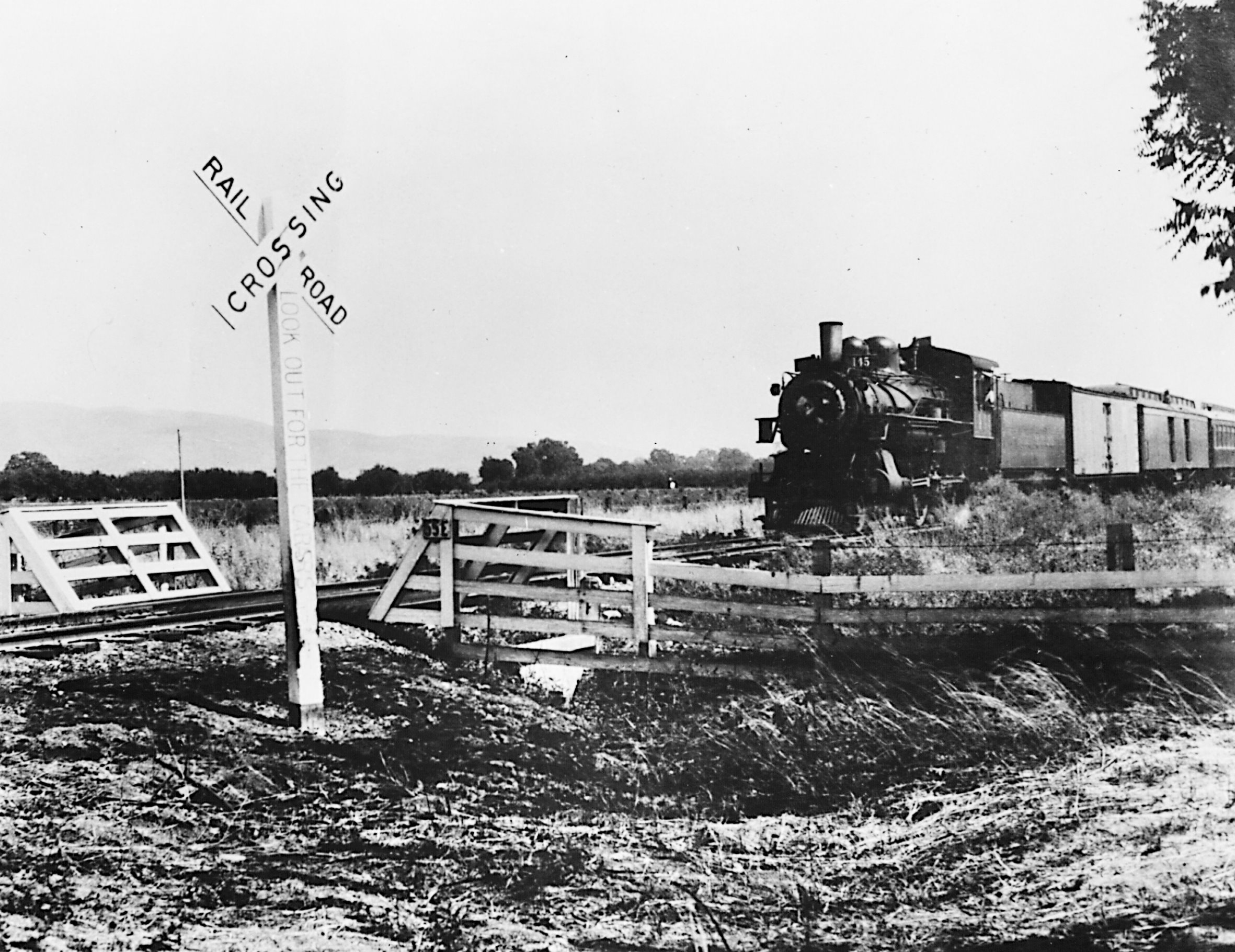 Visitors to the Museum of the San Ramon Valley this summer will be reminded of America’s golden age of railroads. California’s first railroad was built in Sacramento in 1856 and the transcontinental line was completed when the “Golden Spike” was driven in 1869. The San Ramon Branch Line of the Southern Pacific opened from Martinez to San Ramon in 1891.

The effort to open the Branch Line was led by rancher and entrepreneur August Hemme of Alamo. Southern Pacific officials agreed to build the San Ramon Branch Line if the right of way was deeded to them.  A committee of R. O. Baldwin and J. A. Shuey  of Danville, James M. Stow of Walnut Creek, August Hemme of Alamo and Albert Glass of San Ramon contacted every landowner along the proposed right of way in 1890. Charles Wood of Sycamore Valley and George McCamley of San Ramon and others helped raise $15,000 to pay landowners who resisted donating land for the right of way.

Thus, after years of starts and stops and interminable discussions about the need for a railroad, tracks were laid and the Branch Line was completed. The line extended from San Ramon to Avon (3 miles east of Martinez) for 20 miles; on the north it connected with the Oakland/Stockton line. It ended at San Ramon until 1909 when it was extended to Pleasanton to connect with the Oakland/Tracy line.

Four main depots, all in gold trimmed with brown in the No. 18 SP decorative plan, were built in San Ramon, Danville, Walnut Creek and Concord.

The first regular trip took place on June 7, 1891. Here is an account in the Contra Costa Gazette that June:

“The first passenger train over the SRB Railroad left Martinez on Sunday morning at 9:20 o’clock”…. “The beauty of the country seemed to increase as the train sped on, and reached its height as Hemme’s was approached. Here the train passes through the famous orchard of A., T. Hatch, and it is worth going a long journey to see….As far as the eye can follow the long line of trees in any direction the same uniform system of careful attention is to be seen. The cars pass the rows so closely that in some instances the branches lightly touch them, and if the motion was slow, fruit could be picked from the windows.  …

“Danville is reached in 2.20 miles. It is conveniently near the track, thought measurably hidden by the trees. It is a thrifty locality with the modern tendency to progressiveness… “San Ramon, the present terminus, is 3.10 miles beyond Danville. Here a turn-table is in process of construction…Mr. Tinnin, the proprietor of the San Ramon Hotel, was on hand with a spacious carriage to take the passengers to his headquarters, where after resting and recuperating, an excellent meal was furnished at the popular price of twenty-five cents.”

Just as the railroad accelerated the West’s development by providing passenger and freight movement, it accelerated development in the valley.  Next week the Branch Line’s impact on development and agriculture in the San Ramon Valley.

Sources: Irma M. Dotson’s San Ramon Branch of the Southern Pacific, Contra Costa Gazette, June 10, 1891. Picture of the Danville depot in 1910 from the Museum of the San Ramon Valley.

The Southern Pacific’s new railroad had different effects on the three villages near to the tracks. Since Danville’s main downtown was directly next to the station, significant new building activities took place in town. New houses, hotels, businesses, warehouses and boardwalks were constructed. Newspapers complained about congestion and new boardwalks were constructed. There was little impact in Alamo, where the small freight depot on Hemme’s ranch was south of town.

In San Ramon the village center was nearly a mile away from the depot. The Contra Costa Gazette of June 10, 1891 stated:

“The site of the prospective depot is inconvenient for the people here. At present   it is reached in a roundabout way through a private road. There is talk of a         opening a public road direct to the depot, and this should be done immediately.”

The San Ramon station was even closed from 1894-1895. The situation must have improved however, because four warehouses (two for hay, two for grain) were shown on the station site in 1897.

With heavy freight moved to the rails, the dirt roads stayed in better shape. Valley residents were able to travel with greater speed and ease to many destinations. In 1906, William Meese built Ramona Park next to the track (in today’s Greenbrook area) which drew groups by train for a day in the warm sun, making the valley a premier destination for picnickers.

Throughout the valley, walnuts and fruits of all kinds were successfully planted, gradually shifting agricultural production away from grain crops. During the twentieth century the Bishop Ranch had the largest Bartlett pear orchard in the world. The larger ranches had walnut hydrators which processed walnuts, many of which went to Walnut Creek’s “nut house” and received the valued Diamond Brand.

Although the San Ramon Branch Line was a significant transportation asset for people in the valley, it soon came under the same technological and economic pressures as the rest of railroading. The San Ramon two-story depot was removed in 1927. A small “Shelter Shed” was built instead, measuring 10’ X 12’; it was retired in 1941. Passenger service dwindled, then ended on the Line in 1934.

Freight trains continued to run but, even though more efficient diesel locomotives replaced steam by the 1950s, trucks proved more competitive. By the 1970s the rail line was a shadow of its former self.  In 1973, only 413 cars ran the line; in 1975 there were a mere 123 cars. Southern Pacific abandoned the line in 1978.