Highway 21 to Interstate 680:
The History of the Road that Connects Us

On June 18, 2020, Steve Minniear, local historian and author presented photos and maps about the road in the museum's first virtual event. If you missed the presentation or would like to watch it again, click here. 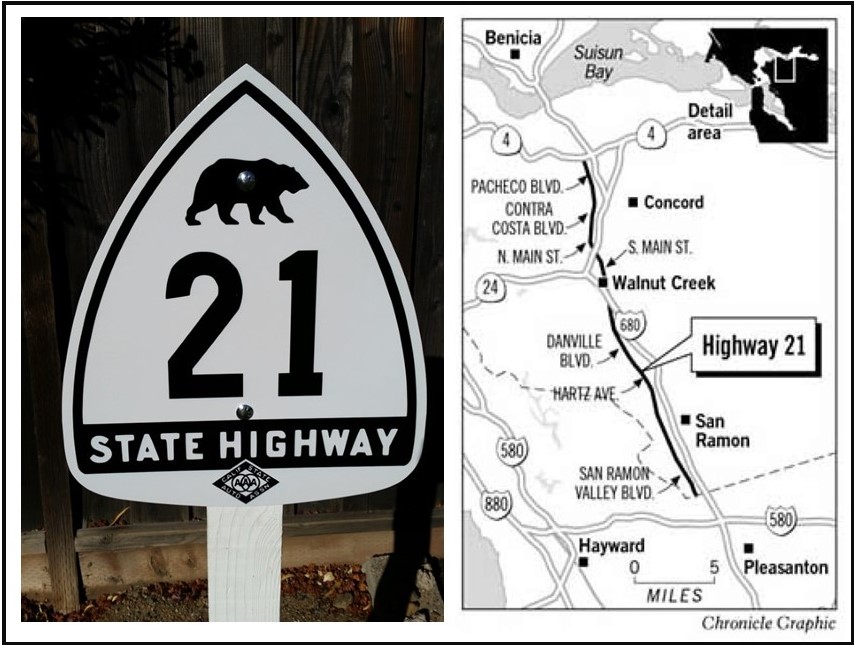 Whether it is called San Ramon Valley Road, Danville Blvd., North Main Street or even Contra Costa Blvd., it was for a long time Highway 21.  And between the 1930s and the 1960s, it was the only way to go north and south through the San Ramon and Amador Valleys.  Steve talks about the “only road through town” and how it shaped farm life, regional business ,and eventually the suburbs.

Starting in Native American times, there were trails that connected communities in the San Ramon and Amador valleys.  These trails were then used by Spanish explorers trying to understand the geography of the San Francisco Bay Area.  Later Mexican landowners and their workers used the trails to move herds of cattle to and from Mission San Jose and outlying pasture lands.  After them, Gold seekers on their way to and from the gold country traveled through the developing ranch and farmlands on the well-traveled dirt roads.  Through the late 1800s and into the 1930s horse drawn wagons and carriages gave way to bicycles, automobiles,and trucks.  In the mid-1930s the long Alameda and Contra Costa county roads were incorporated into the State highway system.  For over 30 years, two lane Highway 21 was the only way to go north and south through the Amador and San Ramon valleys.  By the mid-1960s it was replaced by Interstate 680.