Parents who wanted their children to have a high school education in the San Ramon Valley, managed to have the County’s first high school from 1860-1868, the Union Academy.  This Academy was a boarding high school (with day students) initiated by the Cumberland Presbyterian Church and built between in Alamo and Danville along the County Road.

The three-story Academy was the largest valley building of that period, an accomplishment which was remarkable for its time. Its curriculum was based on the advanced San Francisco School Department academic standards which sometimes meant the rural parents found certain aspects such as music instruction and calisthenics difficult to understand. In 1861 George McCamley's San Ramon farm diary talks about going to church and to other events in the “School House.”

According to the Contra Costa History of 1882, "It had a short life, and died a natural death; it was too far in advance of the times and the wants of the community who then resided in the beautiful San Ramon valley." The Academy burned down in 1868 during school vacation.

In 1909, citizens from the Danville Grange set up a committee charged with organizing a public high school in the valley. After much discussion, a year later voters from the Alamo, Danville, Green Valley, San Ramon and Sycamore Grammar School District formed the San Ramon Valley Union High School District.

A teacher and principal were hired and school began in a Danville house in 1910. Thirty students attended, using three rooms. Six courses were taught at first: commercial, history, English, German, mathematics and physical geography. In 1912 a fourth room was added for a chemistry and physics laboratory.

Just east of this house, the Grange and International Order of Odd Fellows (IOOF) built a new Social and Fraternal Hall late in 1913. This hall hosted the high school graduation of five girls the following spring; they were the first students attend San Ramon Valley Union High School for 4 full years. The new Fraternal Hall left vacant the old IOOF hall which was upstairs in a building owned by Lillian Close on Front Street. After some renovations, the high school’s 48 students and 4 teachers moved to the three new rooms on August 10, 1914.

The School Board had been searching for a new high school site and, in 1915, they settled on a 10 acre location just north of the village of Danville. A $15,000 bond for the school passed by 254-7 in 1916. Architect Norman R. Coulter was hired, the school was built and classes began in March of 1917.

This handsome mission-style school was built around a court. The Contra Costa Gazette for Feb. 15, 1917, said “…the trustees plan to make it a model agricultural high school. It is located in the center of a 20-acre orchard.” In 1920 Tassajara and Highland students joined the District. 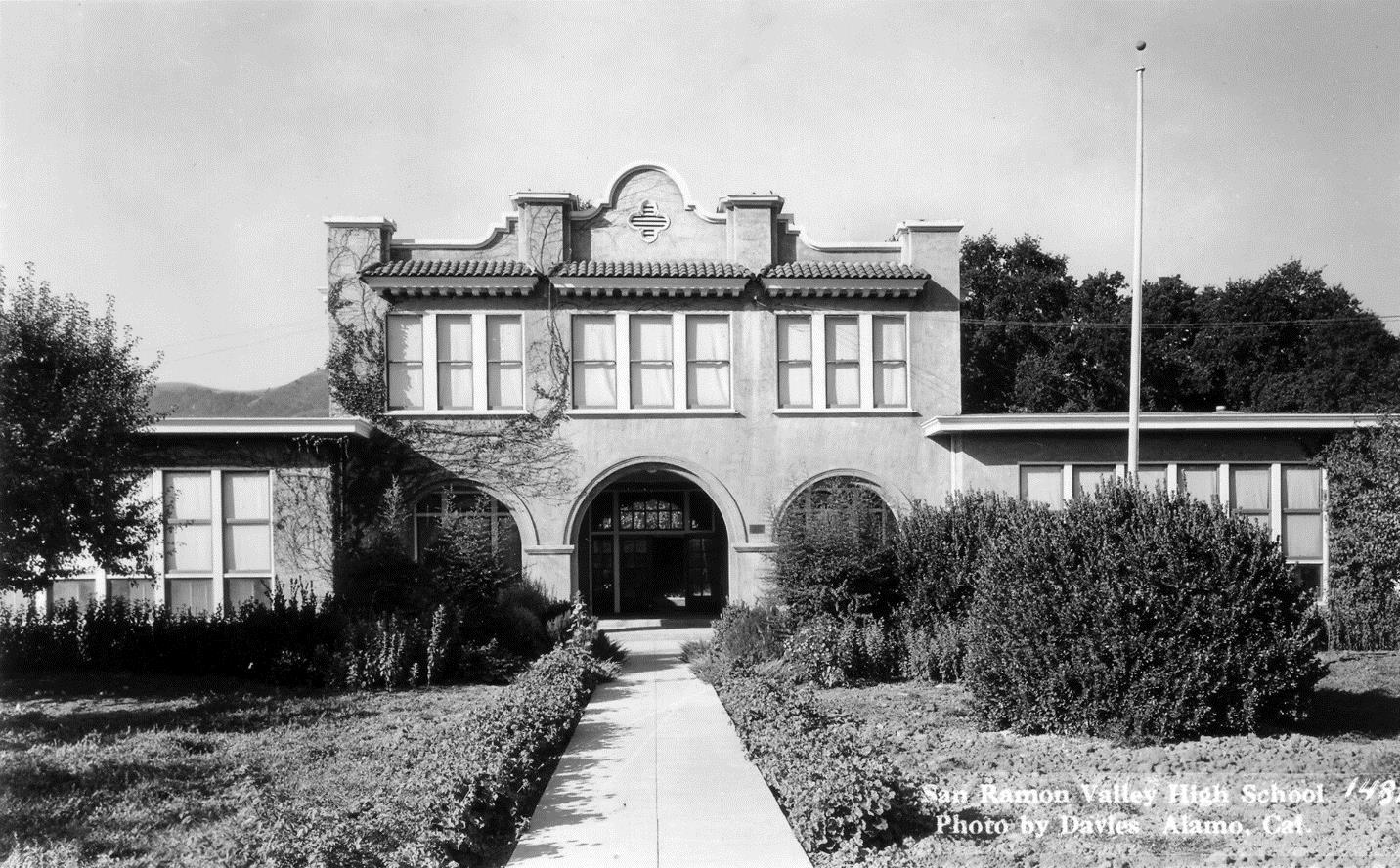 On August 8, 2003, the SRV Historical Society dedicated plaque #17 in front of the high school.