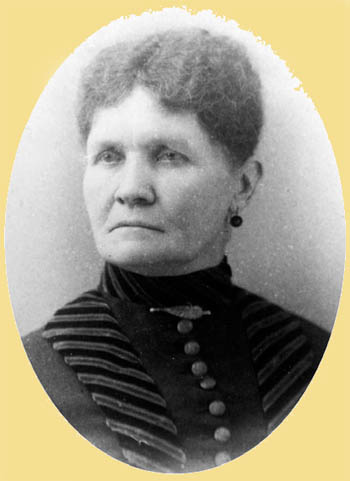 In the 21st century, the community of Alamo is a green enclave with large-lot homes tucked between Walnut Creek and Danville. As the second oldest community in the county (Martinez is older), its history is a long one. At one point, Alamo was even touted as the “metropolis of the future.”

Information about Alamo’s earliest years is available primarily because of a remarkable woman who wrote about them, Mary A. Jones. She recorded the reaction of her husband John when they first saw the San Ramon Valley in 1847: “’Mary, look! Did you ever see anything so beautiful?’ There was nothing in sight but nature. Nothing to show that man had been here, except a little mud and stick hut close to where the Alamo Bridge is.”

After they had looked for a while, John said, “If I live and can ever get a home here, I am going to have it.”

They did return, after living in San Jose and mining in the Sierra, finally coming to the valley with the William Mitchell family on Nov. 10, 1851. Initially both families lived in an adobe, which once belonged to Francisco Garcia (at the present site of the Stone Valley Center).

The community grew quickly in the 1850s, outpacing Lafayette because of its excellent location. Alamo was the midway point for travelers going to and from Martinez and Mission San Jose. In addition, a road from the redwoods, west of the Moraga Valley, came over the divide and brought people to Alamo.

David Glass established the first small store or trading post at his house just north of Alamo to take advantage of the location; this was the first store in the county outside of Martinez. It was followed soon by George Englemeyer’s store and Captain Wall’s boarding house, just 1-1/2 miles south of Walnut Creek.

James D. Smith wrote later about the housewarming that Captain Wall hosted after his building was completed:
“The music was two violins with the second violin, Arch Penniman, doing the calling for the dances ... there was a large attendance from Lafayette, Moraga and from Martinez ... a fine supper was served and the dance closed when the company joined in singing ‘We Won’t Go Home Till Morning’ and they did not.”

The Alamo post office is the oldest one in the San Ramon Valley and began in 1852 with John Jones as postmaster. The mail carrier made a round trip from Martinez through Alamo to Mission San Jose twice a week, using a horse and cart.

The entire Valley was sometimes described as “Alamo” in the early days. The census of 1860, for example, included the valley in Township 2, which was grouped as the “Lafayette and Alamo Post Offices.” In 1856, when Bret Harte wrote letters from the Tassajara Valley, where he was a tutor, he headed the letters with the date and “Alamo,” which probably indicated the post office.

Civilization in the form of churches, school and lodges began as families moved in. Alamo Masonic Lodge No. 122 held its first meeting in 1858. Mary and John Jones were instrumental in establishing a grammar school, the Cumberland Presbyterian Church and the Union Academy (a boarding and day high school).
Alamo did not turn out to be “the metropolis of the future,” but in the 1850s it had the same natural beauty and the crucial location that residents take pride in today.

Sources: Virgie V. Jones’ book“Remembering Alamo ... and Other Things Along the Way”; J. P. Munro- Fraser’s “History of Contra Costa County” (1882); James Smith’s Recollections.
This article first appeared as a column called Presenting the Past in the Danville Weekly.

Here is a video created by Betty Dunlap and Farzin Tabal about the history of Alamo 1850 - 2019.