What's In a Name?

By Beverly Lane and James C. Stone
with thanks to Arnold Blackmur, Irma M. Dotson and Charlotte Wood 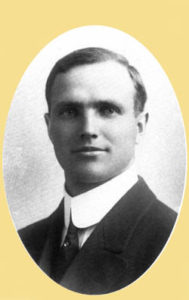 Today’s community of Diablo has a storied past. It has long been valued for its proximity to Mount Diablo, its beautiful setting and historic homes.

The name derives from the nearby Mount Diablo. And that name was given to the mountain in the early 1800s. In 1805 Spanish soldiers pursued Indians who had left Mission Dolores without permission. As night fell the Indians slipped into a marsh in today’s northern Concord and, when they were gone in the morning, the soldiers called the marsh Monte del Diablo. A rancho grant was awarded Salvio Pacheco in Concord which he called Monte del Diablo. Gradually travelers picked up the name and used it for the mountain itself.

After the Gold Rush, the most significant early owner of the area south and east of the mountain was William Cameron. From 1870 to 1876 he owned about 1300 acres. Cameron helped organize the Green Valley and Mt. Diablo Summit Road Co. and completed the first modern road from the south to the top on May 2, 1874.

In 1895 the Farm included 6000 acres and was an example of a San Ramon Valley diversified ranch. According to the Contra Costa News on July 1, 1897, 2500 acres were planted to hay, wheat, barley and alfalfa and 200 acres had orchard fruits. A 30-million gallon reservoir (called Diablo Lake) in the foothills provided irrigation and recreation.

From Ranch to Resort

In 1912 the charismatic entreprenuer Robert Noble Burgess purchased Oakwood Stock Farm and transformed it into a swank summer resort. One of the first California country clubs, it eventually encompassed 50,000 acres, stretching from the corner of Diablo and Green Valley roads in Danville to the top of Mt. Diablo. To the east it included today’s Blackhawk Homes development.

Burgess planned a modern scenic boulevard leading to the Mt. Diablo summit and a new resort, the Mount Diablo Park Club. The new club included a golf course (designed by Jack Nevelle), tennis courts, horse stables, a swimming pool, beaches around Diablo Lake and homes for the well-to-do. The Ranch mansion was converted into the club’s Inn and the former billiard hall, just up the hill, became the Clubhouse.

Burgess brought a power line for electricity from Danville in 1912, persuaded the directors of the Oakland Antioch & Eastern to bring the electric railway from Danville to the club in 1916, finished a new road (Mt. Diablo Scenic) to the summit in 1915, established a post office in 1916 and began to build private homes by 1916. By 1917 the Red Horse Tavern and the Chalet were built to accommodate tourists and guests.

Special electric trains brought visitors to the club and the San Francisco and Oakland society pages often featured articles about the parties and dances held at the Mt. Diablo Park Club. Tourists would motor up the mountain and stop to eat at the Tavern.

World War I brought an end to the Burgess enterprises and Hearst’s interest. In 1919 Burgess dissolved his company and sold his Diablo house. But he surely left his mark on Diablo and on the East Bay.

A map of the San Ramon Valley showed the country club area to be larger than downtown Danville. Townsfolk worked at the club as gardeners, groundskeepers, cooks and caddies.

Members bought the club in 1961 and have owned it ever since. The freeway opened from Walnut Creek to Danville in 1964, facilitating easy access to the club and year-round living. Today the community includes 400 homes and the golf course and club area total 115 acres.

Although Diablo is no longer the only country club in the valley, it has a uniqueness and a history unrivaled among communities in the East Bay.

For more information on the history of the valley, contact the Museum.