The Young Bret Harte Lived in the Tassajara Valley

The Young Bret Harte Lived in the Tassajara Valley 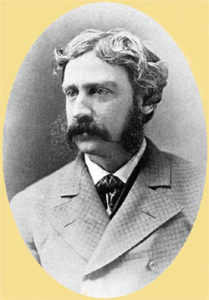 The name of one of the West’s most famous writers, Bret Harte, appears in several local histories of the San Ramon Valley. A small triangle in Danville at the intersection of Diablo Road and Camino Tassajara is even called Bret Harte Corners. Just what did Bret Harte have to do with the valley?

The story begins in March 1854 when a young Bret Harte arrived in California to stay with his parents in Oakland. At age 18 he was already writing and his experiences as a young man in the new state provided grist for his articles and poetry for years to come.

One part of that experience was set south of Mount Diablo where, in September of 1856, he became a tutor for Abner Bryant’s four sons - Tom, Wise, George and Jonathan. Bryant had a ranch near Alamo Creek in the Tassajara Valley. The 1855 County Assessor’s book states that he had 83 Spanish mares and horses, 238 head of cattle, 652 Spanish sheep, two wagons and one buggy.

According to a letter Harte wrote to his sister dated Oct. 8, 1856, Bryant “had four young sons, and not caring to have them grow up like range-cattle, he decided to have a tutor ... There is nothing of the rural character of a farm, saving the corral at the bottom of the field and the haystack at the top, and whole place is as wild as the God of nature made it.”

Bryant was “not a farmer, but a drover” and lived in “a mere shanty that might be a hunter’s cabin in the wilderness.”

Also in this letter, Harte commented that “Mr. Bryan(t) is a very religious man.” That autumn the young writer joined the Bryants at an evangelical camp meeting in the Valley; later he wrote an article called “An Apostle of the Tules,” which described the meeting’s revival atmosphere and begins with the date Oct. 10, 1856.

Other works by Bret Harte that probably drew upon his life here include the famous “A Legend of Monte Diablo” from the Atlantic Monthly (October 1863); “Cressy, The Convalescence of Jack Hamlin” and “A First Family of Tassajara... The Queen of the Pirate Isle.”

Although Harte is credited with romanticizing the gold rush period in California, many of his works also recount the era’s harshness and isolation. Surely his stint with the Bryant boys in the wilds of Tassajara helped to give those writings their veracity.