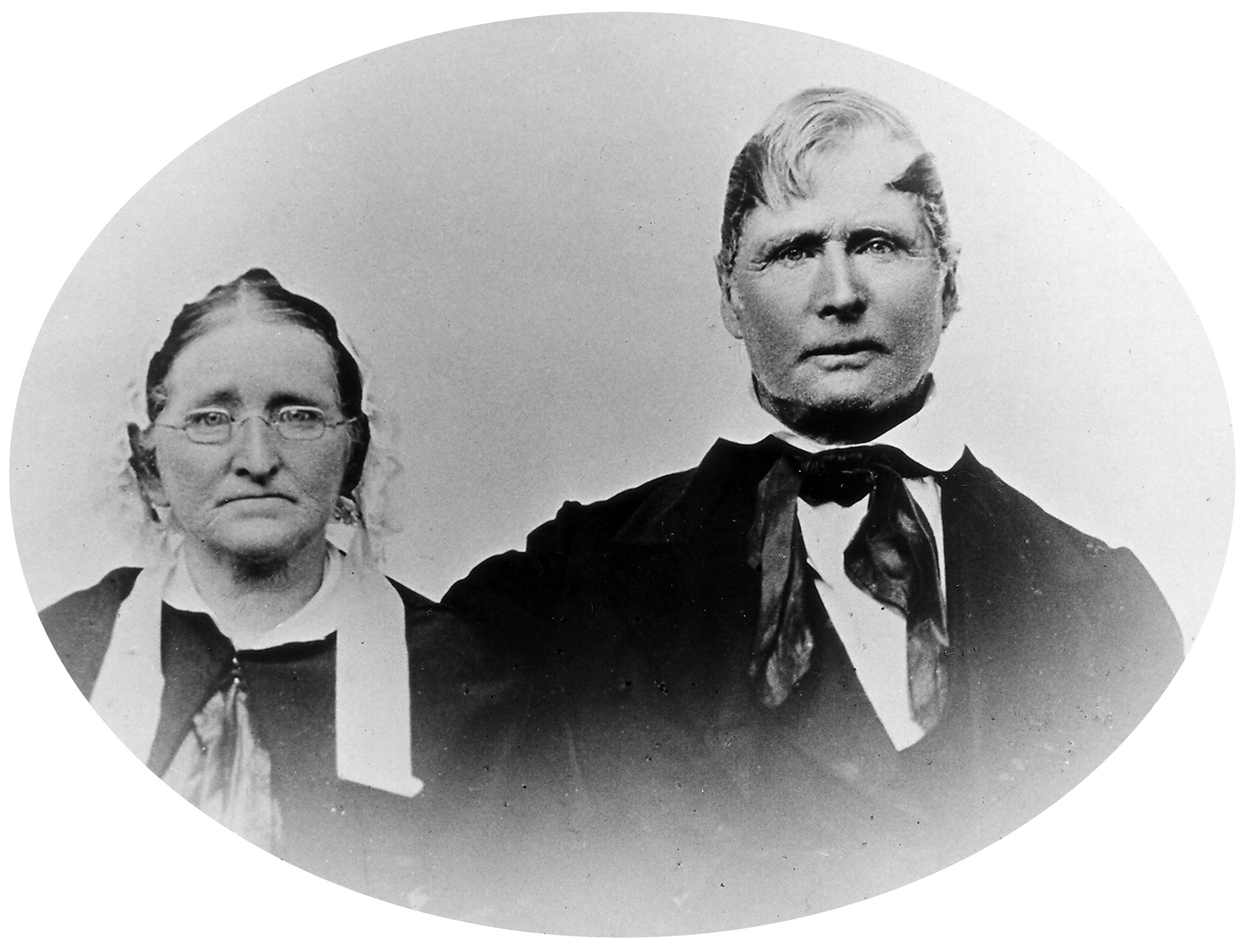 Stone Valley, Stone Valley Creek and Stone Valley Road were named for family members who came early from Iowa to California.  Albert Ward Stone initially arrived in California 1852; the next year he brought more Stones who purchased land in the Alamo valley which ultimately took their name.

Silas (1792-1864) and Susanna Ward Stone (1795-1869) settled here in 1853.  They built a new home in 1855 which stood for 100 years.  Silas was 61 when he arrived, older than most of the immigrants from back East.  A tall and dignified man, he was elected alcalde for the area (a traditional Mexican position: a mayor-judge combined) and became known as Squire Stone.

Susanna and Silas’ son, Albert Ward Stone (1821-1890) was a prominent farmer and community leader. In 1853 he served as captain of a large wagon train which brought several important early Valley pioneers. Relatives and friends who came on that trip included, his parents, his brother Lysander Stone (1825-1883), Austin Dornan, and cousins Myron and Benjamin Hall. You can see how these trips often solidified friendships and helped bring about a sense of community. The Halls came from Pennsylvania with their friend Austin Dornan.  Soon all the Stones, Halls and Dornans lived in the Valley.

Albert and his second wife, Martha Smith Stone (1829-1910) lived in Colusa at first, then moved to Alamo in 1858 and raised 7 children.  He was called Colonel because of his background fighting Indians in the East. Several descendants still live here in the Valley.  He planted hay and grain, raised cattle, horses, sheep and hogs.  The Stones eventually owned over 1200 acres in Stone Valley.  He was a charter member of the important farmers organization, Danville Grange #85, founded in 1873.

The Stone house can still be seen at 140 Austin Lane in Alamo.

The Stones were strong supporters of education. In the late 1850s Albert Stone put a cabin on his ranch and opened a school for Stone and neighbor children.  His father Silas Stone was one of the first Trustees of the Union Academy, a private boarding high school which opened in 1860 on the Alamo-Danville border. After the Union Academy burned down in 1868, the Stone children completed high school by boarding during the week in Oakland or San Francisco.  Many went to college. Daughter Flora May Stone (Jones) graduated from Mills Seminary and Stanford University, for example.

When Col. Stone and family moved to Alamo in 1858, they lived in a house near Green Valley at first.  Descendant Rocky Stone told this family story: “One child, looking for something in a closet with the aid of a candle, carelessly set the house on fire.  Fortunately, many things were still in packing cases and were saved.  Their only money, gold, melted and ran down the floor cracks.  It was later recovered and minted again.”

Rocky Stone also recalled his grandfather saying that he took his 4 and 6 horse teams with grain to the Pacheco and Martinez warehouses, 12 to 15 miles away, before the railroad came.  It took all day and was a very dusty trip.

This account is taken from docent pages used for Alamo Cemetery tours.  The Stone family plot is on the left side of the main path almost to the top.