The Albert and Mary Young Home

The Albert and Mary Young Home

When the valley’s first schools opened, one teacher stands out: A. J. Young.  Albert Jefferson Young (1841-1933) began teaching here in 1865 and taught for 25 years. He married another teacher, Mary Shuey, in 1868 and their classic Victorian house was honored with a San Ramon Valley Historical Society plaque on August 26, 1984.

A.J. had a good education for the time and became the deputy clerk of the circuit court in 1859 in Independence, Missouri.  He suffered an extended typhoid fever illness in 1861. He, brother Thomas and mother Sarah migrated from Missouri to Napa, California in 1862 where other family members lived, included his grandmother Sarah Patton. One family story said A.J. was looking for a healthier climate; another said mother Sarah Young wanted the boys away from the Civil War. In Napa the young men farmed and A. J.  became a bookkeeper for a local warehouse.  An uncle who lived in the San Ramon Valley suggested that the Youngs move there, which they did in 1863.

Young began teaching grammar school in 1865 (one source) in an early San Ramon school, possibly in homes set up for the purpose. When the classic new school opened in 1867 he was the first teacher. He taught in several valley schools until his retirement in 1900.

Schooling was important to the valley’s pioneers.  The first grammar schools reported were in San Ramon (1852) and Alamo (1853). Some began in extra rooms in houses such as Green Valley in the large Howard house. Other families hired tutors such as Jim Smith who worked for the Harlans and Russells. Bret Harte tutored Tassajara rancher Abner Bryant’s sons in 1856.  Mary Shuey (Young) taught in San Ramon as well.

The first high school in the County was organized and built on the Danville-Alamo border in 1859. The Union Academy boarded students and was taught using a modern curriculum.  It burned down in the summer of 1868.  Families sent children to high schools in Oakland or Berkeley for higher education which meant boarding during the week until the SRV Union High School began in 1910.

An article about Mr. Young in the 1926 History of Contra Costa County indicates that his mother Sarah P. Young had lived in Danville, Virginia and that was the source of Danville’s name.  This is incorrect.  As it happened, there were two Sarah Youngs in the area for a time and the A.J. Young family did not move to Danville until after the name had been selected in 1858.

Evidently students taught by Young were well prepared for high school should their parents decide to enroll them.  In an oral history in 1976, one of his students Marian LaBarree John said that “Mr. Young drilled the thunder out of us.” ”When you had spelling, you had SPELLING  When you had mental arithmetic, you had MENTAL ARITHMETIC.”  According to Mrs. Johnson, he taught a wide range of students from ages 6 or 7 to teenagers and was a fine teacher.  Pictures of these school classes show a strong, upright figure with all students looking at the camera.

He was active in the Presbyterian Church as well, serving as an elder and as Superintendent of the Sunday School for fifty years. In 1877 he was a member of the State Assembly. He served on the County Board of Education and as President of the Board.

When he married Mary Shuey (1850-1933), he married into a prominent California family. The Shueys lived in Fruitvale (part of Oakland) and she came to California at age six. Well educated at Blake’s Academy in Oakland, she taught school for 10 years, meeting Albert when she taught in San Ramon.  They had two daughters and one son: Alice, Sarah and Robert.

A Charter member of the Grange and always active in the community, he promoted the idea of getting a public high school into the valley in 1899. In 1909 a committee of the Grange investigated the need for a high school and promoted the successfully creation of the San Ramon Valley Union High School. The first high school class of 25 students met in an Eddy house on Church Street beginning in 1910, moving to larger quarters upstairs in one of the Close family buildings on Front Street. Land was purchased, a school designed and constructed, and students moved into the new Mission-style school in May of 1917.

A.J. and Mary Young celebrated their 65th wedding anniversary in 1933 and both passed away not long after.  Buried in the Alamo Cemetery, his pallbearers included the young John Baldwin, Roger Podva and Chester Love.

This house has been preserved and sits on Sycamore Valley Road with the historical plaque tucked in nicely by the front door. An entire medical center surrounds the house, following the same Victorian architecture as the Young House. 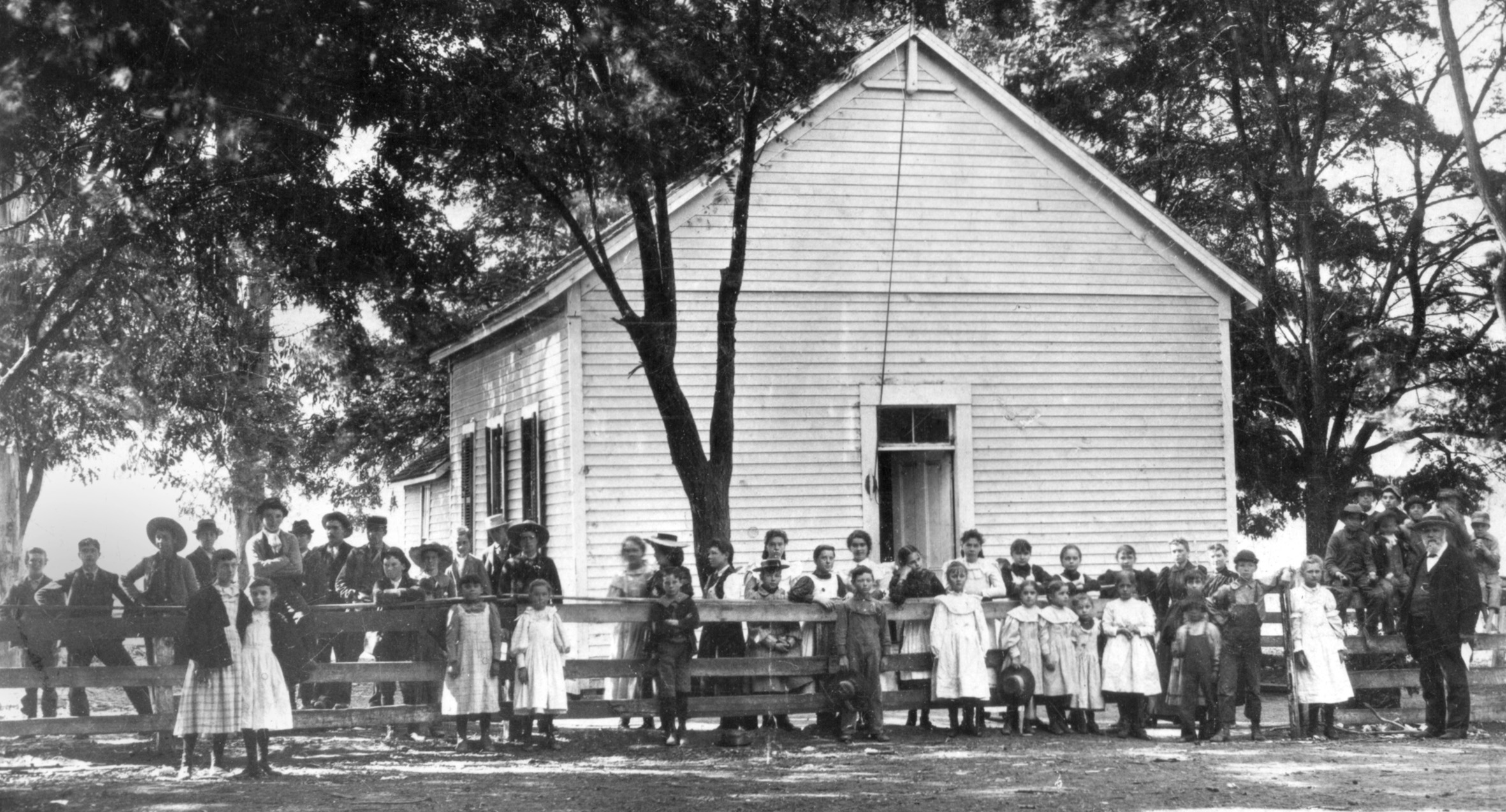 Danville Grammar School with A.J. Young to the right 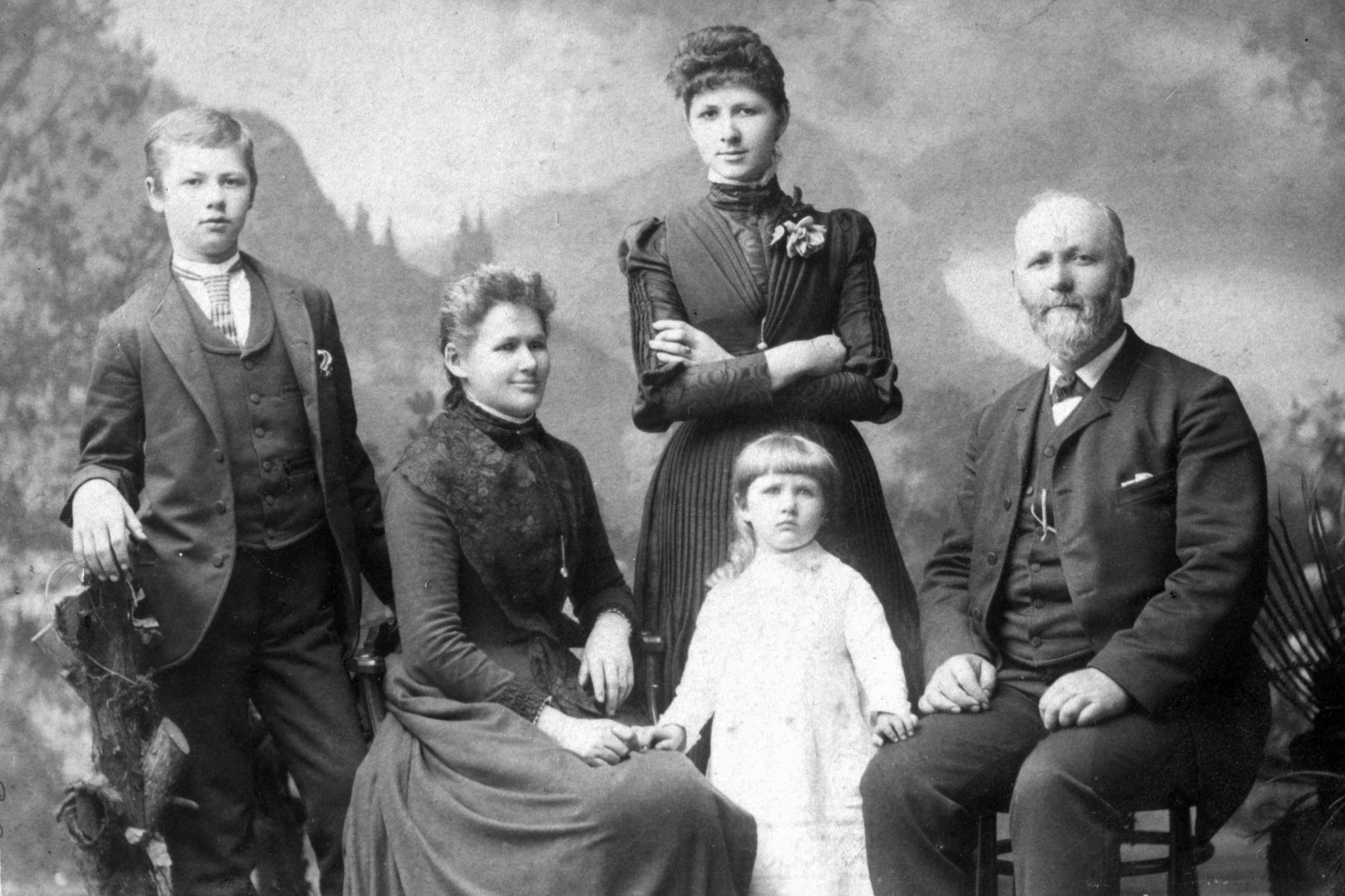