The Patrons of Husbandry Danville Grange No. 85

The Patrons of Husbandry Danville Grange No. 85

To educate and elevate the American Farmer – the home, the family and the farm.

The Danville Grange Hall on Diablo Road stands as a reminder of an important organization which has served the San Ramon Valley community for over 140 years.

The Grange was founded by Oliver Hudson Kelley after the Civil War. In 1867 Kelley was looking for a way to improve farmers’ lives throughout the country and hoping this new fraternal order, the Patrons of Husbandry, would help heal some of the wounds of that terrible war. And indeed, farmers met in Grange Halls all over the country to share new agricultural techniques, learn more about world events, market crops and strengthen friendships.

The 1874 Grange Declaration of Purposes stated:  In our agricultural brotherhood and its purposes, we shall recognize no North, no South, no East, no West.  United by the strong and faithful tie of Agriculture, we mutually resolve to labor for the good of our Order, our country, and mankind.

Movements to organize farmers had already started in California.  A new San Ramon Farmer’s Union began in 1872.  Robert O. Baldwin successfully made a motion that women and men should both be Union members since they were partners in all farm enterprises.  This was unusual since most fraternal orders were segregated by sex in the nineteenth century, including the Masons and Odd Fellows. The Grange nation-wide included both men and women in its founding purposes.

On October 1, 1873, Danville Grange No. 85 was organized, with 30 charter members (20 men, 10 women). It became the third Grange in Contra Costa County and the eighty-fifth in the state. The members elected Charles Wood of Sycamore Valley to be the first Worthy Master. In 1874 dues-paying Grange members numbered 268,368 nation-wide and, in 1875, numbered 15,193 in the state. 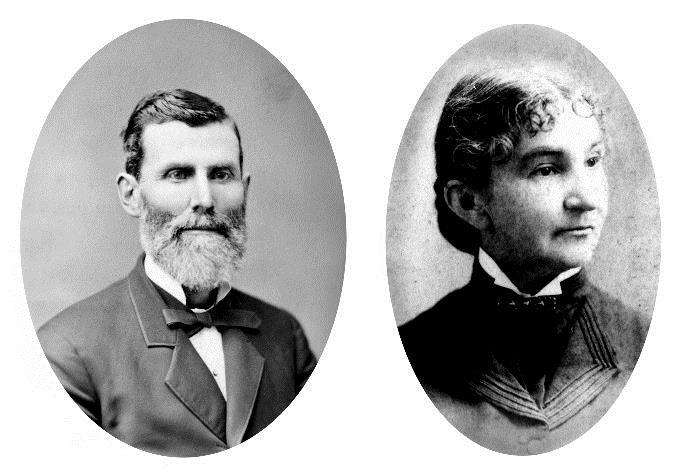 For years Grange members came into town every Saturday for meetings and pot luck at the Danville Grammar School on Front Street. Soon the number of members and their families swelled beyond the school house space and, in 1874, a Grange Hall was built just west of Front Street. C. E. Howard built the hall with $1,383.70 which was collected for the land and building.

The Pacific Rural Press of July 11, 1874, noted: The frame of the new hall for the Danville Grange of the Patrons of Husbandry, 30 by 60 feet upon the ground, is already up.

Grange Halls were constructed all over the country. They became the hubs of community life. According to Grange historian Inez Butz

It is hard for us today to realize the dreariness of farm life a century ago.  Visits to the market were few and neighbors were often miles apart….Into this dull life of the farmer and his family the Grange brought social contacts, news of  the outside world, and the pleasure of laughing, talking and eating with new and old friends and neighbors. Programs were an established item in the order of business and people who had never spoken, sung, or debated before an audience could now have that opportunity and experience. 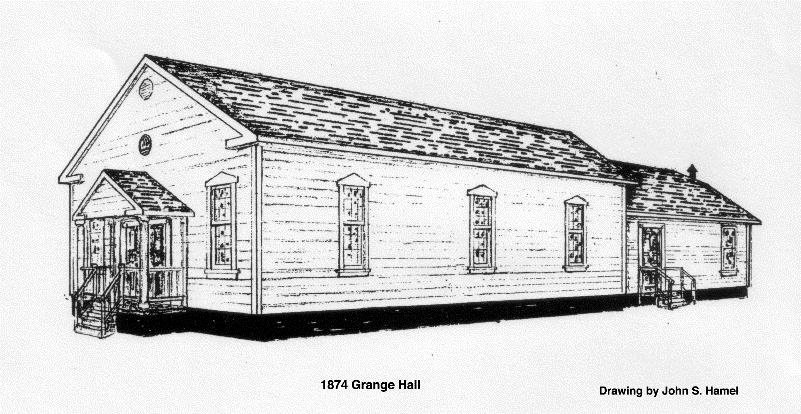 For 40 years, the Grange Hall was the largest meeting room in the valley.  It hosted meetings, speeches, plays, parties, church services and dances. The Grange park near the school and hall was a site for many picnics and harvest feasts. After the Danville parish was established in 1910, St. Isidore Catholic Church services were held in the Grange Hall until the new church was completed in 1912.  Not until the San Ramon Hall was built in 1911 was there another comparable community space.

Grangers in the county and state threw themselves into many efforts to improve themselves and their economic conditions. Granges reflected the views of the agricultural community and their issues included improved transportation (especially lower railroad rates), scientific farm programs, rural economic development, public education, health and safety.

Selling California wheat was a prime focus and the Grange hired its own wheat agent in an effort to secure larger returns for the farmers. The wheat was a dry, flavorful grain which sold well at the Liverpool Corn Exchange for $68 a ton (in the 1870s) while the farmers received only $28 a ton.

They organized a bank, a business association and facilities for storing a shipping wheat and grains. The Grangers’ Wharf and railroad line just west of Martinez provided a deep-water location for wheat to be transported directly to ships.  In April, 1874, Wood and John Chrisman met with delegates of the other 130 subordinate (local) Granges and California Grange officers to found the Grangers Bank of California. Danville Grangers John J. Kerr, Erastus Ford and James Stone helped plan a warehouse and business association.

Successful political activity followed.  Farmers were angry about the railroad monopolies in California which charged high prices for shipping wheat and other agricultural products.

While Grangers were non-partisan, they nevertheless lobbied the state legislature and new “Granger laws” helped reduce the power of the railroads. Fully a quarter of the representatives elected to the 1878-9 California Constitutional Convention were Grangers, including Danville founder Dan Inman who was the first Worthy Master in Livermore.  Several valley Grange leaders served in the state legislature, including rancher Charles Wood and teacher A. J. Young.

Grangers took the lead in all aspects of valley life, with women and men sharing the Worthy Master position. The Grange hall became the community center which hosted meetings and entertainments, coordination of County Fair displays and speeches on topics such as fair railroad rates, promoting a valley railroad and women’s suffrage in 1911.

Like the National Grange, the local members were independent-thinking and some of their policies were ground breaking for their time including anti-smoking and drinking efforts and graduated tax systems. Their non-partisan positions weakened the old party system and led to support for new political parties like the Progressives.

Here is a Granger song, which captures some of their spirit:

Brothers of the plow

The power is with you;

The word in expectation waits

For action prompt and true,

The tillers of the ground.

Ground squirrels were a constant topic of discussion. These pests reproduced at a phenomenal rate and could burrow tunnels five miles in length. They destroyed huge quantities of grain crops.  In the 1880s Charles Wood used a “smoker” which flushed fatal smoke into squirrel holes; grain poisoned with strychnine or bisulphide of carbon was another approach. Other techniques were also employed.  It was essential that all farmers join to eradicate the rodents, since untreated properties resulted in a quick reinfestation.

At one Grange meeting Charlotte Wood brought a jar with grain from one squirrel’s cheeks and had members guess the number of wheat grains;  Samuel Ramage guessed 900 and missed only by 2 kernels.

Well into the twentieth century, Grange members were responsible for a wide array of community improvements, including these:

The Odd Fellows and Grangers built a new and larger hall in 1913 called the Fraternal and Social Hall. The old Grange building was turned and became the second story. An auditorium was created on the west end which was used for dances, high school basketball games, meetings and parties. Later the hall became a movie theater, a church sanctuary and a venue for live theater.

Today the building is owned by the Town of Danville and is called the Village Theatre; the second story is the 1874 Grange Hall.

The Grange membership gradually decreased in size.  In 1946 former Worthy Master Will Stewart, at the humorous suggestion made by Grange brothers and sisters, agreed to donate 97/100 acre of his land to the Grange for a new hall.  Fundraising began and today’s hall on Diablo Road opened in 1952.

The impact of the Grange was profound. The original Danville Grange hall served as the valley’s sole community center for many years. Granger members raised the level of civic discourse, brought new ideas to rural settings and enriched the lives of farm families in the San Ramon Valley and nation-wide.

On January 22, 2005, the SRV Historical Society dedicated a plaque to the Grange which is now located next to the front door of the Village Theatre.