Fulfilling the hopes of the San Ramon Valley’s farmers and ranchers, a new Southern Pacific Railroad line was completed from Avon to San Ramon by May 17, 1891.  On that day officials and other worthy gentlemen conducted the first official train ride on the line.

The 8.65 acres of land for the Danville station was sold to Southern Pacific by John Hartz.  Soon after, Hartz surveyed and sold property west of the village’s main street, Front.  This transformed Danville from a Front Street – oriented village to its present downtown on Hartz and Railroad Avenues.  New businesses provided accommodations and services to rail road passengers. Danville grew to be the major town in the San Ramon Valley.

In 1891, using a standard building design, No. 18, company employees and private contractors built four main depots at Concord, Walnut Creek, Danville and San Ramon.  These two-story combination passenger-freight depots provided room on the ground floor for a waiting room, baggage room, large freight room, and offices for the ticket agent, freight agent, telegraph operator and often for a Wells Fargo agent. All SP buildings of this design were painted a faded dandelion gold trimmed in brown.

The train order window, located on the track side of the depot, provided a view of approaching trains and station activity. Orders were originally transmitted to the crew of the steam locomotive by semaphore signals, which later were replaced by electric signals. Upstairs was a two-bedroom apartment which was the station agent’s home. 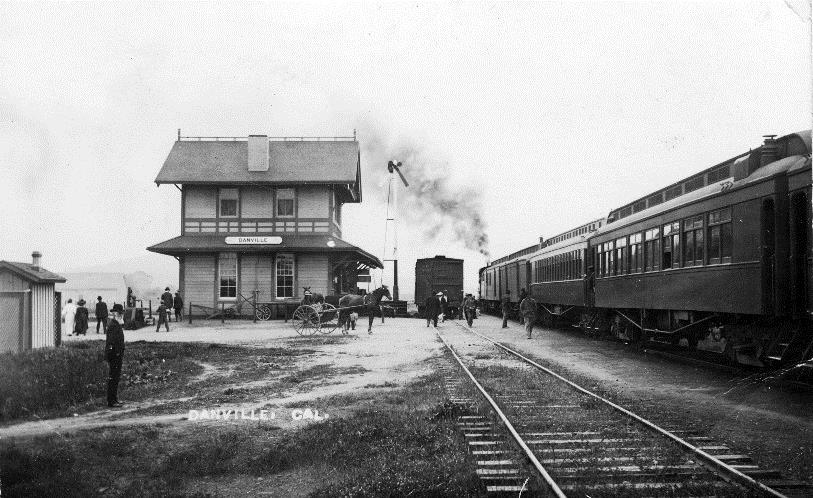 The lively Danville depot about 1892

A freight house was built at Alamo (Hemme) and in San Ramon a depot, turntable and engine house were constructed.  The San Ramon depot was dismantled in 1927 as was the Concord depot in 1959. The Walnut Creek Depot has been moved and much changed; it was most recently a restaurant. 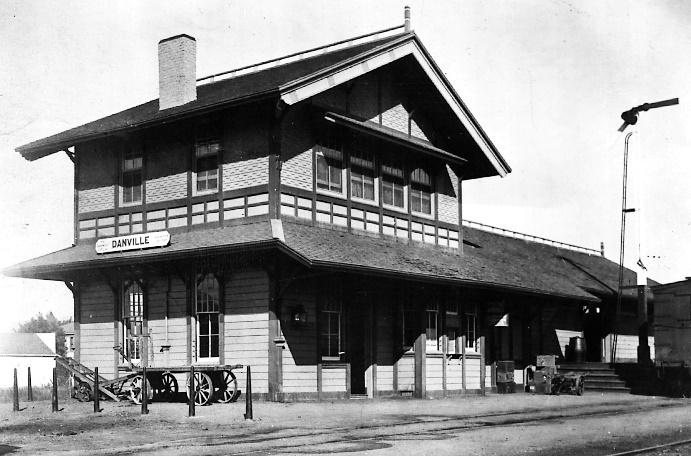 In the forties the Danville depot building became a feed and grain store. In 1951 Joe Ramos and his father Joseph Sr. bought the business. In 1957 they purchased the depot building, leasing the land on which it stood.  In order to meet the needs of postwar customers, the business then became Danville Feed and Garden Supply.  Joe Jr. provided necessities for the growing community, including hay, burlap sacks, swimming pool supplies and oak firewood. After he passed away and the building became available, it was acquired by the Museum of the San Ramon Valley.

Danville’s Depot has been restored by the Museum of the San Ramon Valley, making it the sole survivor of the San Ramon Branch Line depots in an original form.  On June 6, 1996, it was moved 600 feet north from its 1891 location and placed on part of the original Southern Pacific station land.  Now located at West Prospect and Railroad Avenues, the building is owned by the Museum and opened to the public on June 6, 1999.  The land is leased from the Town of Danville for a nominal annual sum.

The 20-mile set of tracks linking San Ramon and Martinez was completed in 1891 by Southern Pacific. By 1979 all the tracks were removed and the right-of-way was preserved by the County and adjacent cities.  Community efforts to promote a multi-use, paved trail on the right-of-way were successful.  Today the Iron Horse Regional Trail is managed by the East Bay Regional Park District and hosts millions of trail users annually.  In year 2000 it was designated as one of the country’s millenium trails and, in year 2019, it is 34 miles in length, extending north to Concord and south to Pleasanton. 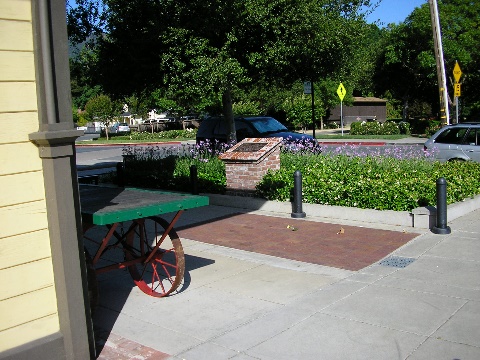 Historic plaque with the Iron Horse Trail in the background.

The Depot is listed on the National Register and is one of Danville’s Heritage Resource buildings.  On December 8, 2001 the San Ramon Valley Historical Society dedicated a plaque at the north end of the Danville Depot.