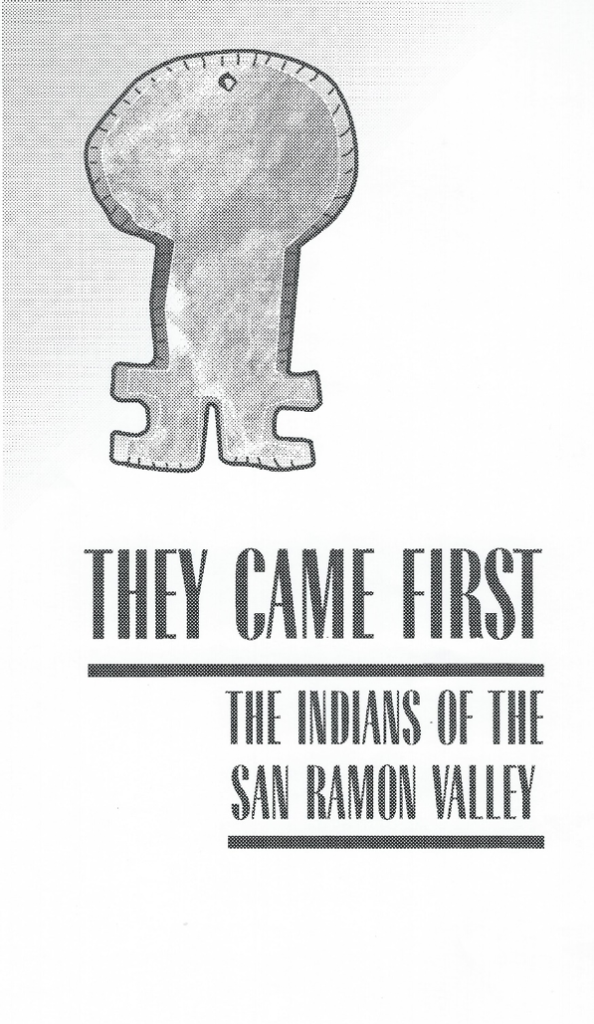 The Indians of the San Ramon Valley

For untold centuries people have lived in the San Ramon Valley. They built their homes by the creeks, hunted in the valley and worshipped on the Mountain.

They called themselves "Real People." Today we call them Indians or Native Americans. While little information remains about the San Ramon Valley Indians' specific culture, they would have had an intimate relationship with the land, a cycle of life which changed very gradually from generation to generation and a tribal organization which owned the rights to hunt, fish, gather and pray within clearly designated territories.

Living in village communities of 50 to 200 people, the rhythm of their lives was determined by one harvest or another. The Bay Area and the San Ramon Valley provided an infinite variety of foods, so the Indians collected acorns, nuts and seeds, hunted birds, deer and elk, fished and traded for their other needs such as obsidian.  At other times larger groups met for feasts and dances, probably at places like Danville (near today's Diablo Road and San Ramon Creek) or at autumn festivals on Mount Diablo. Some people lived along the small streams and springs in its foothills either permanently or seasonally.

Mount Diablo was sacred to all of the California Indians who lived within sight of it. These Indian tribes had traditions and creation accounts which featured the Mountain.

Each tribe had its name for the Mountain. The Costanoan speaking people south of Mount Diablo called it Tuyshtak.  Early Spaniards named it Cerro Alto de los Bolbones (High Point of the Volvons) for the tribe which controlled the summit and eastern areas of the Mountain. The name Mount Diablo (Devil's Thicket in Spanish) originated during a Spanish expedition around 1805.  The superstitious Spanish soldiers called a willow thicket Monte Diablo when a group of Chupcan Indians from today's Concord area escaped from them during the night.  Later the name was transferred to the Mountain. 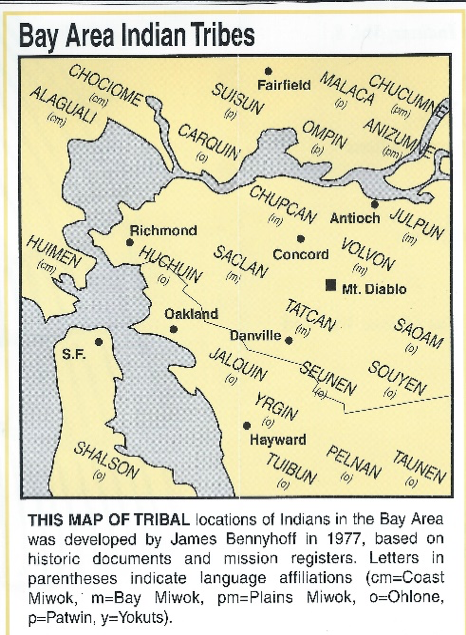 In 1772 the first westerners traveled through the San Ramon Valley.  In his diary for March 31, Padre Juan Crespi said that they "came to three villages with some little grass houses. As soon as the heathen caught sight of us they ran away, shouting and panic-stricken."  The next day he noted that the Valley had "level land, covered with grass and trees, with many and good creeks, and with numerous villages of very gentle and peaceful heathen...It is a very suitable place for a good mission."

Spanish priests first recorded the names by which San Ramon Valley Indians were known to their neighbors: Tatcan, Seunen and Souyen.  The Tatcans and neighboring Saclans to the north were part of the Bay Miwork linguistic group.  The Tatcans probably lived in the Alamo-Danville area. The Seunens and Souyens were Costanoan (or Ohlone) speakers and lived south of today's Norris Canyon Road in San Ramon and Dublin.

In the fall of 1794 the Saclans were the first to go to a Spanish Mission. The Spanish weapons, their unusual gifts and music intrigued the Indians and some of them wanted to ally themselves with the powerful newcomers.  But only months after they moved to Mission Dolores an epidemic swept the Mission and, in the spring of 1795, the people fled the Mission and returned home. For nearly ten years the Saclans and other neighboring tribes fought against the Spanish -- "gentle and peaceful" no more.

Founded in 1797, this Mission attracted Seunens beginning in 1801. Seunens and Tatcans went to Mission Dolores as well. Had it not been for the hostility of the Saclans and others defending their homelands, the Spanish would have placed Mission San Jose in the Amador, San Ramon or Diablo Valleys. Instead they located the mission only 13 miles from Mission Santa Clara.

These Valleys became part of Mission San Jose's grazing land.  A Souyen Indian named Ramon lived in the San Ramon Valley and tended Mission cattle and sheep during the winter months; he later was an alcalde or leader of the Mission Indians.  His name was given to the Creek and Valley, with "San" added to conform to the Spanish usage of the day.

Ultimately contact with the Spanish destroyed the Indians and their way of life. The livestock and exotic grasses ravaged their carefully nurtured meadows. Western diseases and the Spanish political, cultural and spiritual expectations altered traditional Indian society forever. 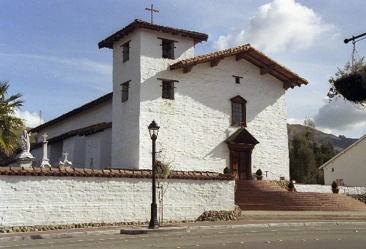 Just as the Missions San Jose and San Francisco were being prepared for secularization, two Ranchos were granted by the Mexican government in the San Ramon Valley.  Both were called Rancho San Ramon.  The pastoral rancho era began, with lands carved from former Mission areas.  The cattle and sheep brought to these ranchos were usually former mission livestock.  Cattle hides and tallow provided the economic basis for the ranchos.

Granted in 1834, Jose Maria Amador's Rancho San Ramon eventually included over 20,000 acres, with his headquarters in today's Dublin.  He employed Indian and Mexican workers and developed a center which produced leather goods, harnesses, wagons and furniture.  Mariano Castro and Bartolo Pacheco, owners of the northern Rancho San Ramon Valley granted in 1833, lived elsewhere because of the aggressive Indian tribes in the area. 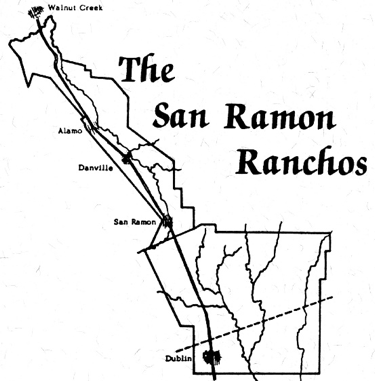 The secularized Mission San Jose became a parish church with no more temporal control over the Indians in 1836. The Indians scattered to work on the ranchos and at the Pueblo of San Jose.  Some more recent recruits went back to their tribes in the Central Valley, some formed communities around Mount Diablo.  On a rancheria in Pleasanton, called Alisal, Indians from different tribes preserved their customs and traditional religious practices for many years.

When the Gold Rush began, it transformed California from a slow-paced Mexican territory to an American state.  Although the Indians controlled most of the inland area, thousands of miners invaded these traditional lands and decimated the tribes.  California, which entered the Union as a free state in 1850, passed laws which allowed Indians to be enslaved by any white man.  Children and young women were taken and sold as servants.  Not until 1863, well into the Civil War period, was the so-called "Act for the Protection of the Indians" repealed.

There were 242,000 Indians in California in 1990, more than 80,000 of them California natives. Most live in urban areas, but many are still part of over 100 traditional communities.

The traditional Tatcan, Seunen and Souyen tribes of the San Ramon Valley are no more.  The artifacts unearthed next to creeks by bulldozers and the bedrock mortar holes on Mount Diablo remind us that a culture of great antiquity existed in this Valley just 250 years ago.

Randall T. Milliken, An Ethnohistory of the Indian People of the San Francisco Bay Area from 1770 to 1810  (Berkeley: Dissertation, 1991).

Written by Beverly Lane to accompany the 1992 exhibit mounted by the Museum of the San Ramon Valley: THEY CAME FIRST.  Edited 2019