Model Trains
Running Through the Depot 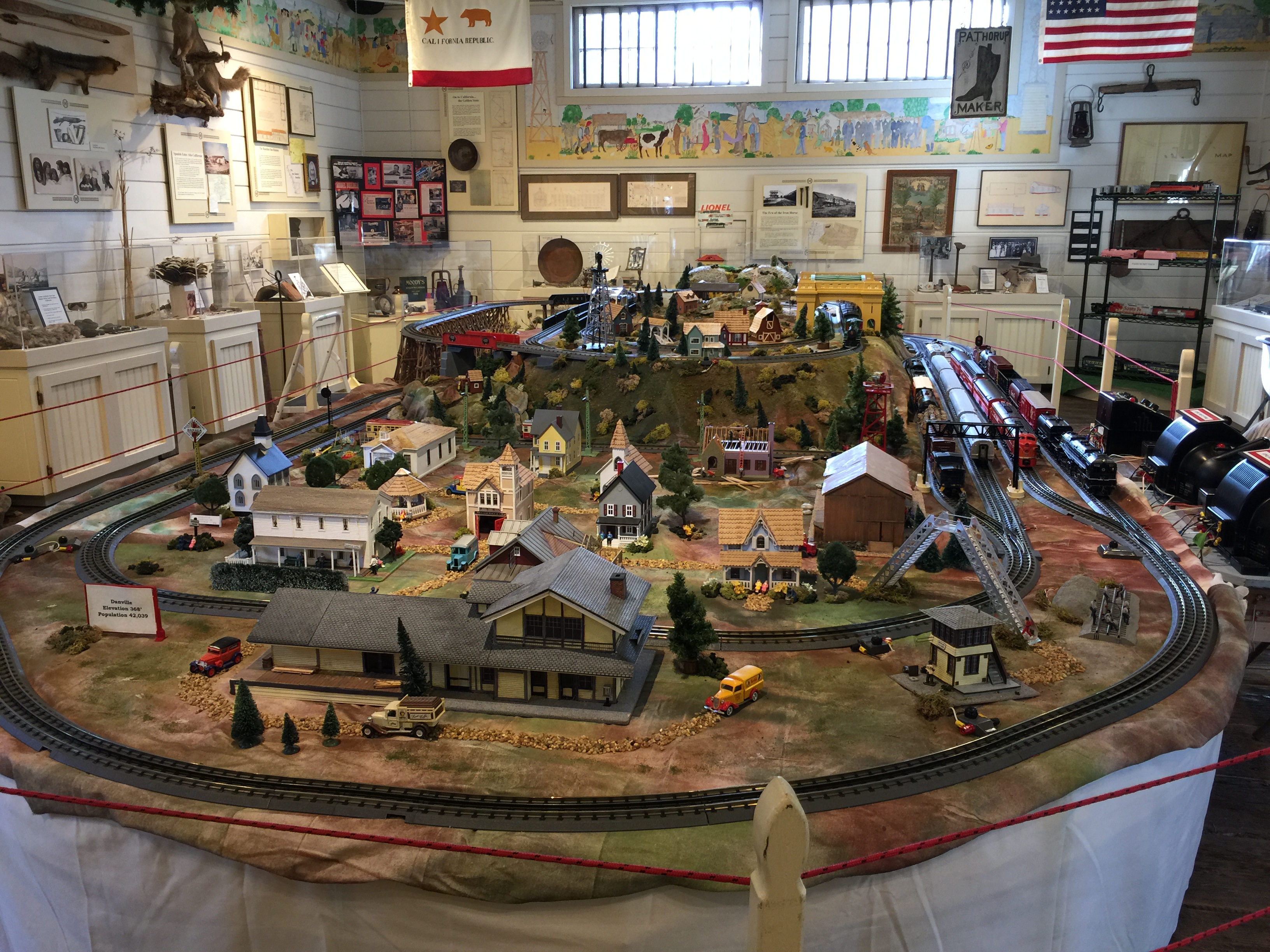 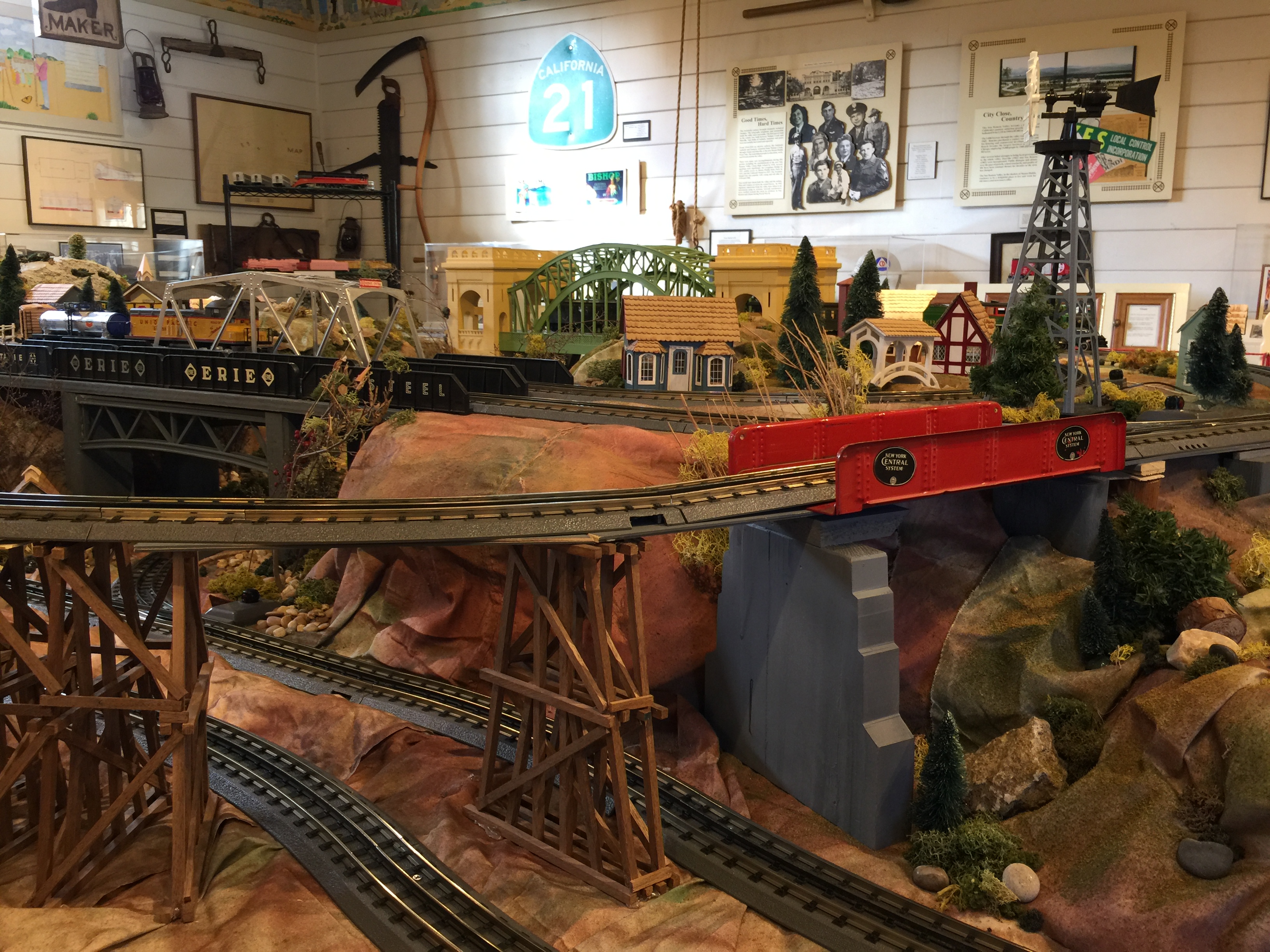 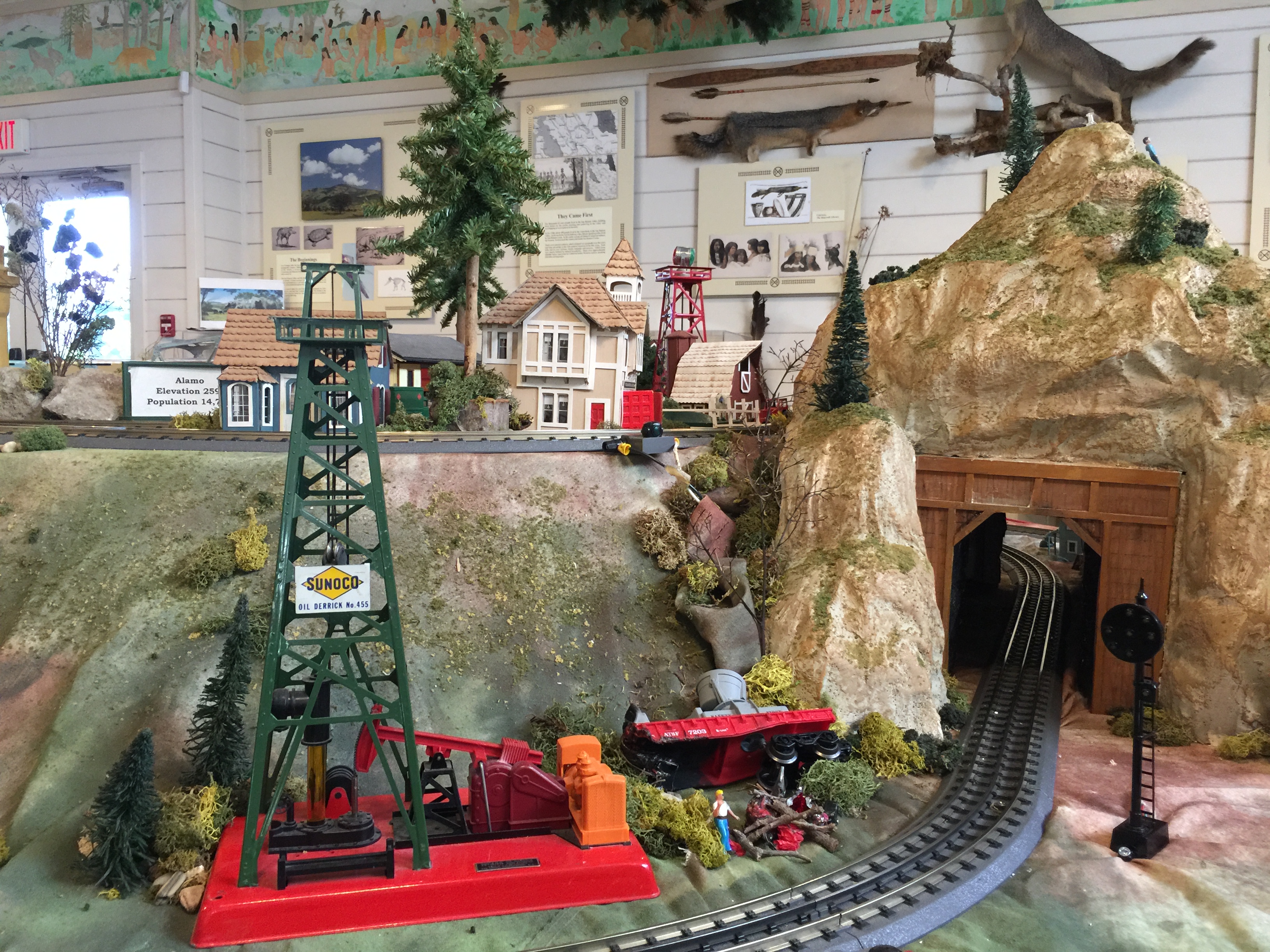 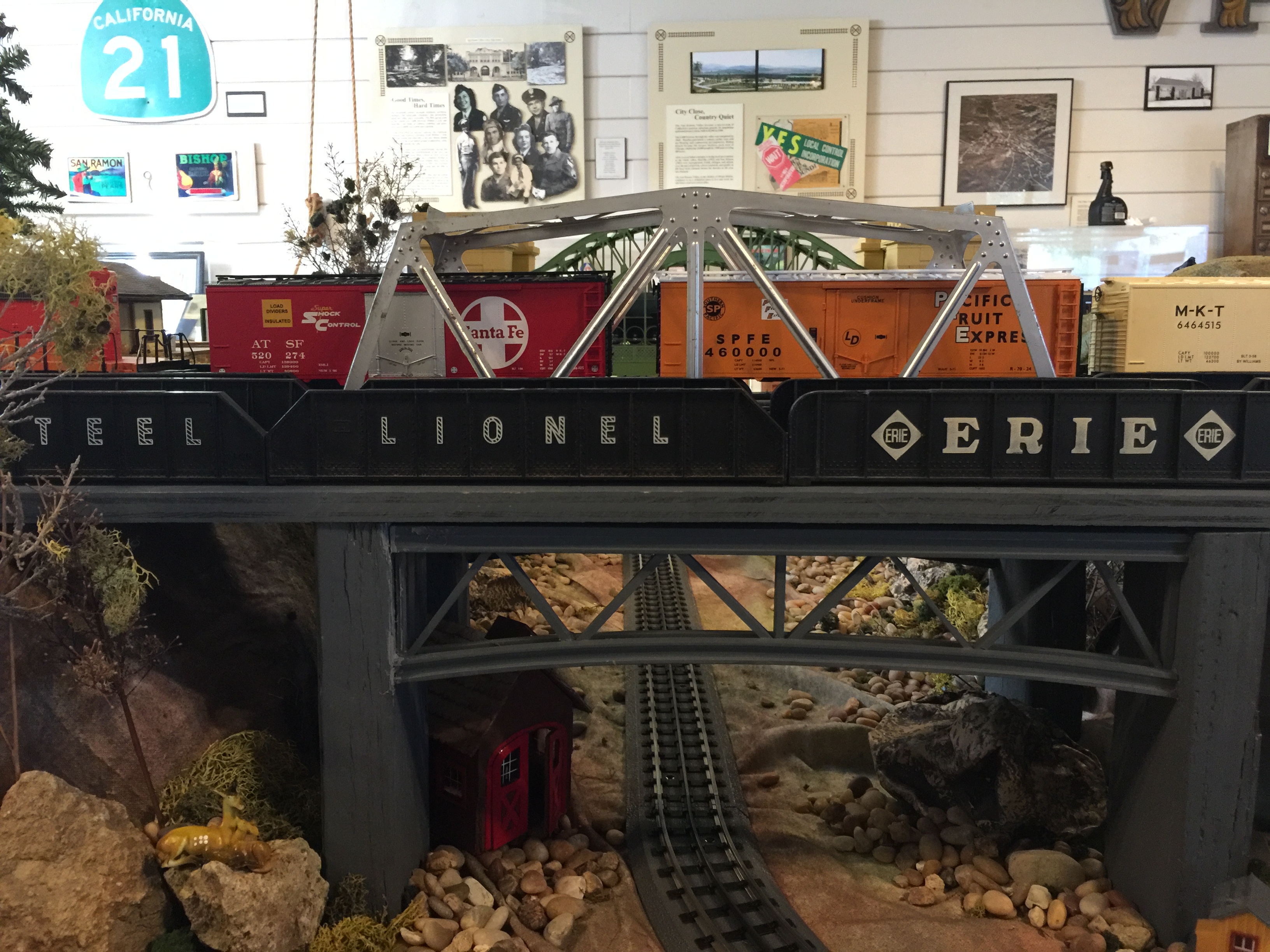 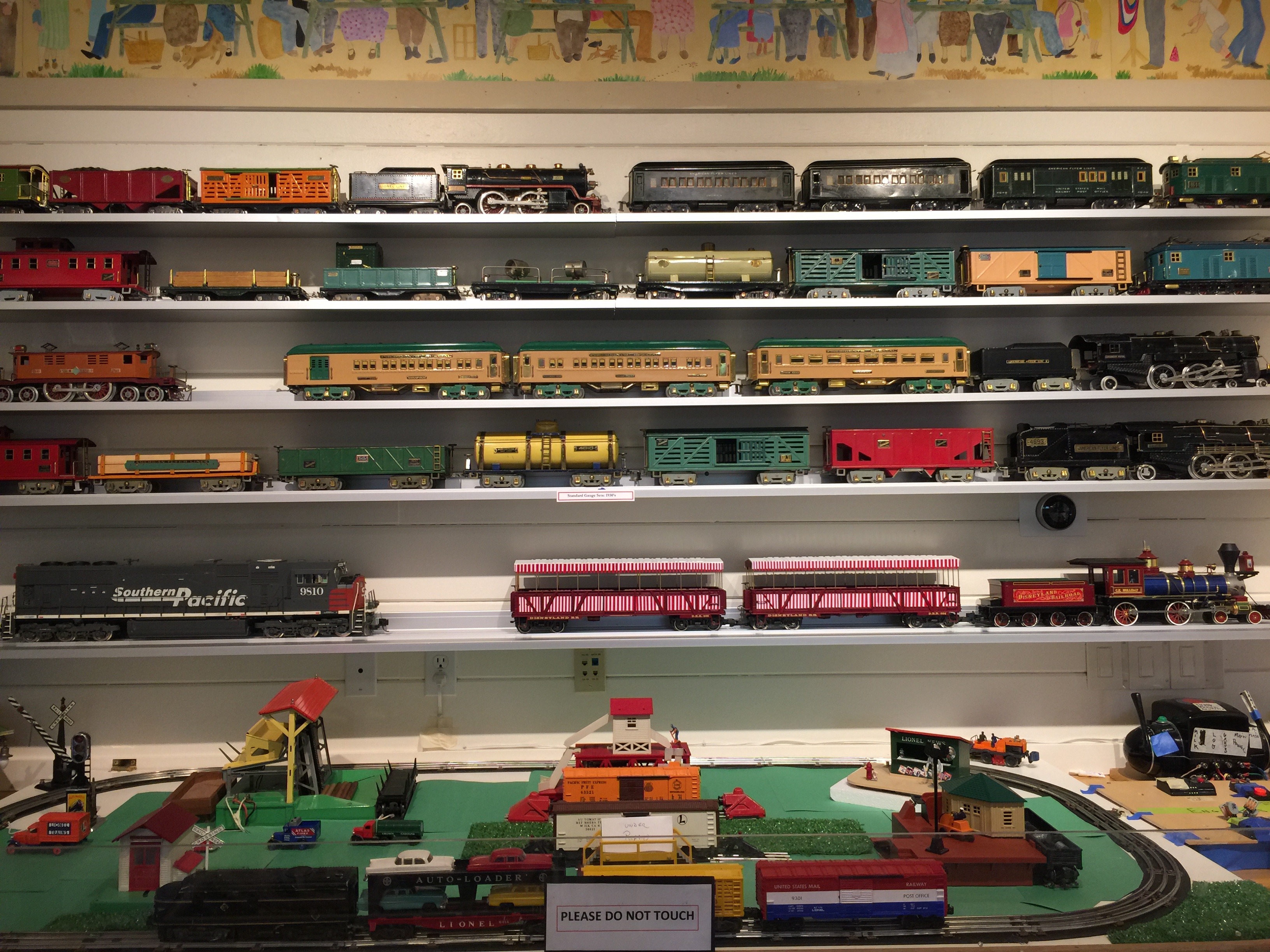 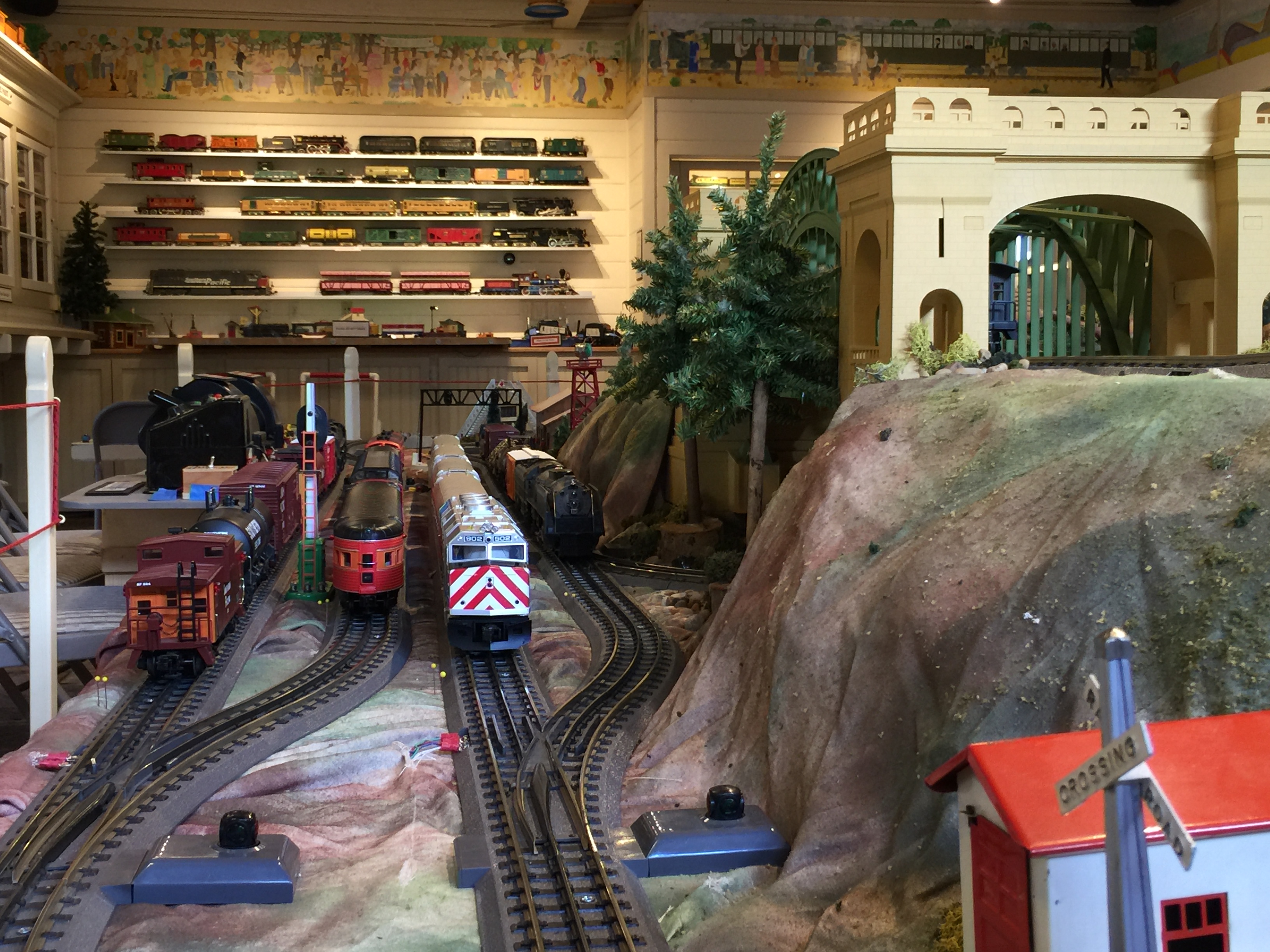 Summer train passes are being sold for only $15 to visitors who are not Museum members but want to visit the trains multiple times over the summer. This has been a popular program the last few summers, especially for families with young children.

The main layout of the exhibit has two elevations with 4 running trains, scenery, bridges, a trestle, tunnel and a village with a replica of the Museum, the former Southern Pacific Depot. A secondary layout features a number of working accessories. On display are items from three private collections of model trains dating from the early to mid-1900s. They include Lionel, American Flyer Standard gauge, and Marx O gauge. A very special Thomas the Train table will be set up for the youngest visitors to play and enjoy.

This year’s layout will showcase several new scale models of buildings in the Valley. These new additions to the layout join a number of “scratch built” structures built for the layout, and donated to the Museum over the years. The total collection of these buildings represent structures, most of which were found along the tracks in Alamo, Danville, San Ramon, and all the way to Dublin.

Much energy, time and money had come from farmers and landowners to obtain this Avon to San Ramon Line throughout the year of 1890. The 8.65 acres of land for the Danville station was sold to Southern Pacific by John Hartz. The coming of the railroad caused Hartz to survey and sell lots in the Hartz Addition to the Town of Danville. This transformed Danville from a Front Street - oriented village to its present downtown center on Hartz and Railroad Avenues. New businesses provided accommodations and services to rail road passengers.

In 1891, using a standard building design (number 18), company employees and private contractors built four main depots at Concord, Walnut Creek, Danville and San Ramon. These two-story combination passenger-freight depots provided room on the ground floor for a waiting room, baggage room, large freight room, and offices for the ticket agent, freight agent, telegraph operator and often for a Wells Fargo agent. The train order window, located on the track side of the depot, provided a view of approaching trains and station activity. Orders were originally transmitted to the crew of the steam locomotive by semaphore signals, which later were replaced by electric signals. Upstairs was a two-bedroom apartment which was the station agent's home.