Two new cities were on the ballots in 1964 and 1967. The first had an Alamo-Danville boundary. The second included all of the San Ramon Valley except Bishop Ranch.

Supporters wanted better police protection, park and recreation services and local control over development.  Opposition to incorporation efforts focused on a fear of higher taxes and a perceived loss of community identity; many were quite satisfied with County government. Developers frequently bankrolled the opposition, since they were uncertain about who the Mayor and Council would be and preferred dealing with the County, "the devil they knew."

In 1955 the Alamo Improvement Association was organized to "preserve and foster the established character of Alamo as an agricultural and semi-rural residential area."  They soon initiated two incorporation studies. The first was primarily talk. The second went further but, in 1961, protest petitions were signed which prevented the issue of Alamo cityhood from coming to a vote.

Cityhood came to the Alamo-Danville ballot on September 29, 1964.  The proposal lost by a vote of 2,000 to 1,958.  Some very effective signs at the end of the campaign proclaimed, "ALAMO, DO YOU WANT TO BE SWALLOWED BY DANVILLE?"

Later that decade a potential City of San Ramon Valley went to the voters.  It began as another Alamo-Danville effort, but Dick Fahey, President of the South San Ramon Homeowners Association, successfully argued to include San Ramon.  In deference to the undeveloped Bishop Ranch, the boundaries left the Ranch out and attached South San Ramon to the northern communities with a line 200 feet wide.  This "cherry stem" effort was derided by many and voted down Valley-wide, 2,796 to 1,830, on December 19, 1967.

From Yesteryear in the SRV, City Close, Country Quiet  2013
A San Ramon Valley history at Museum.
By Beverly Lane 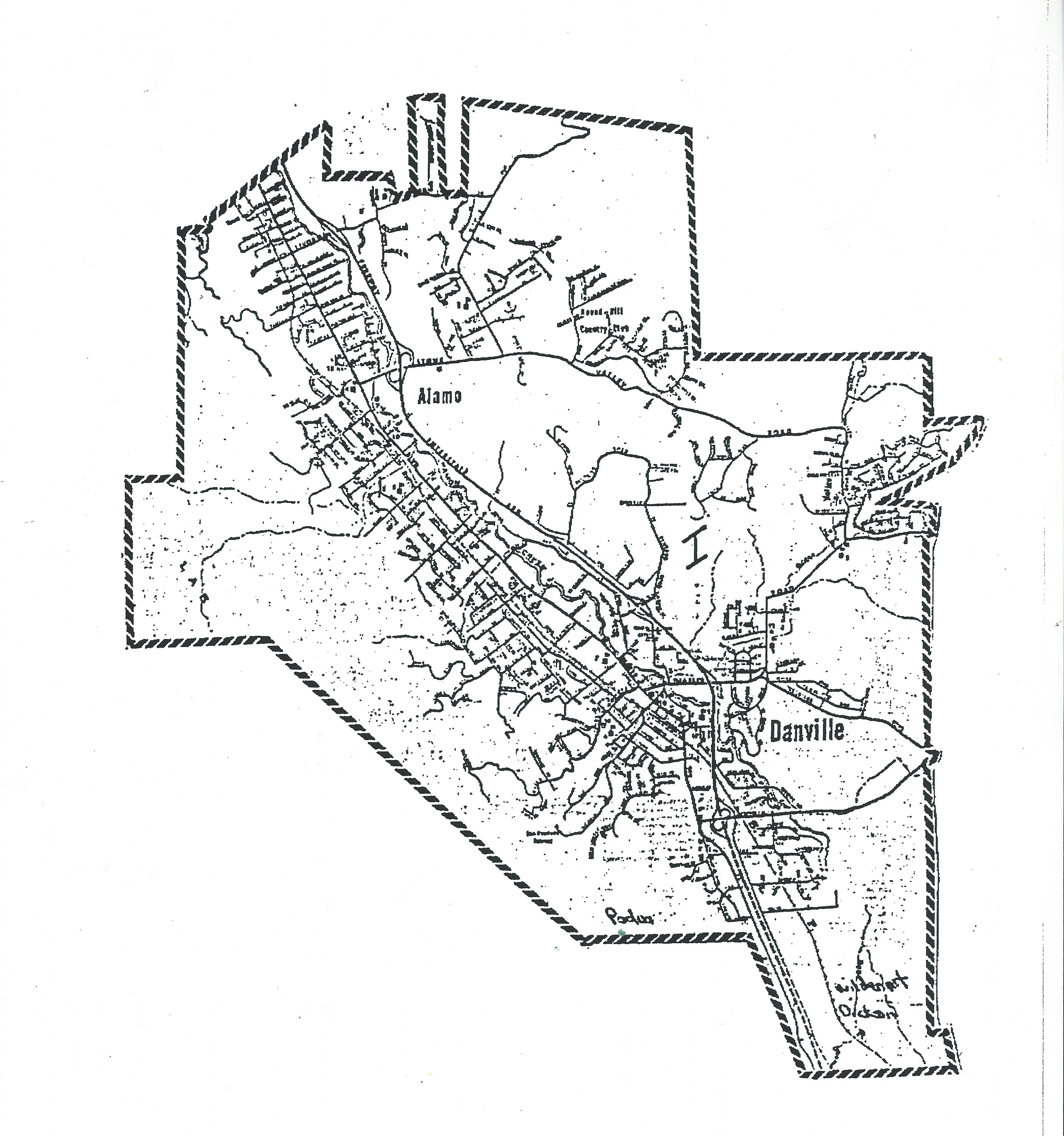