Woman Suffrage Appeared on the California Ballot in 1896

Other territories and states in the west had already approved enfranchising women and advocates hoped California would become the “Fourth Star” after Wyoming, Utah and Colorado. On November 3, the issue appeared as Ballot No. 6, amending the California Constitution.

In the first California constitution of 1849, women did win some property rights which reflected the state’s Spanish legal traditions. Many transplanted Easterners objected to such rights, feeling it threatened the superiority of husbands. Others thought such rights might bring women of property to the state. (Continue Reading)

In 1869 Woman Suffrage Associations were organized, beginning in San Francisco. In Contra Costa County such an Association was organized in 1870, with a large contingent coming from the County seat of Martinez.  Elmer H. and Livia Cox from San Ramon were active in the cause, perhaps because they had five daughters. Two of their daughters, Mary and Panthea, married leading ranchers R. O. Baldwin and William Meese. (Continue Reading)

This year is the centennial celebration for the Susan B. Anthony (nineteenth) Amendment, one of the most significant amendments to the U.S. Constitution.  When this amendment was ratified by 36 states in August of 1920, the number of eligible American voters doubled in size. It states: “The right of citizens of the United States to vote shall not be denied or abridged by the United States or by any State on account of sex.” (Continue Reading)

The twentieth century was greeted by an energized group of women suffragists in California and Contra Costa County. Many more women were graduating from college, organizing school support groups, and running local improvement leagues. (Continue Reading)

It took over 70 years for women to win the right to vote and the campaign’s final years included World War I and a devastating flu pandemic. August 26, 1920 was the date the Susan B. Anthony amendment was formally added to the United States Constitution.  Throughout the country there were well-deserved celebrations and in 2020 we recognize this important centennial during another pandemic. (Continue Reading) 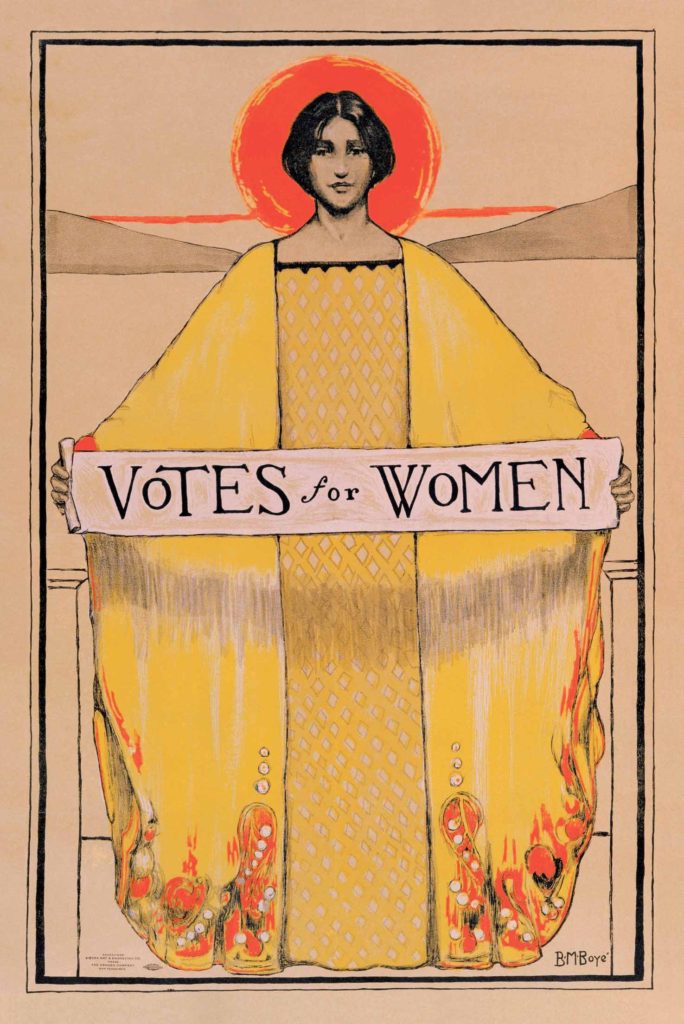 Emboldened Women: The First Suffrage March in the U.S.

A woman suffrage program by the California Historical Society is available to view here.